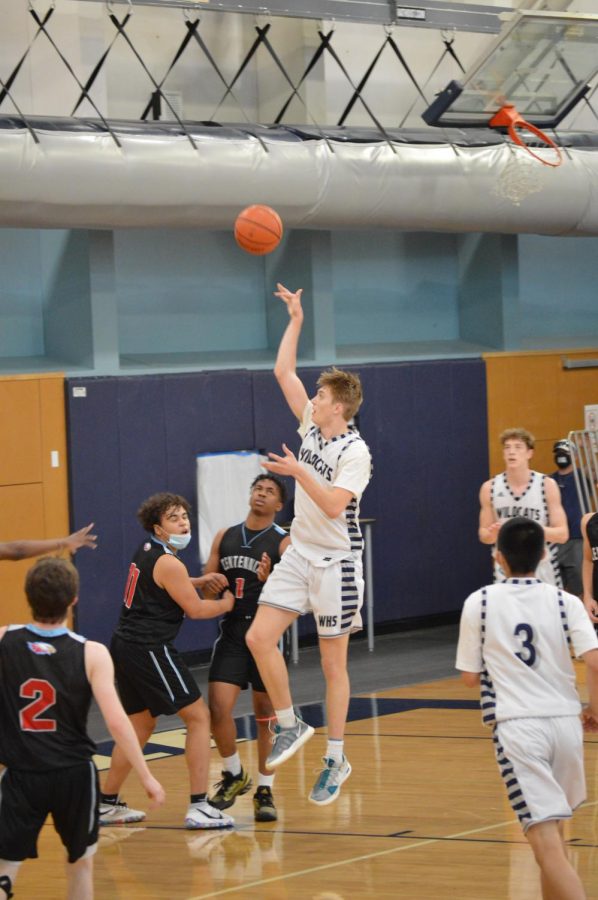 Senior Cason Dougal makes a two. The boys baskeetball team came up with a big win against Centennial.

By halftime, the Wildcats had a lead of 27 points leaving the Eagles desperate for a second-half redemption.

However, even after a gritty attempt from the Eagles during the final quarter, they were still unable to catch up to the Wildcats. The offense of the Wildcats dominated the court tonight leaving the Eagles little room to stay in the game.

After a hot (literally) game the Wildcats claimed victory with a score of 76-28.