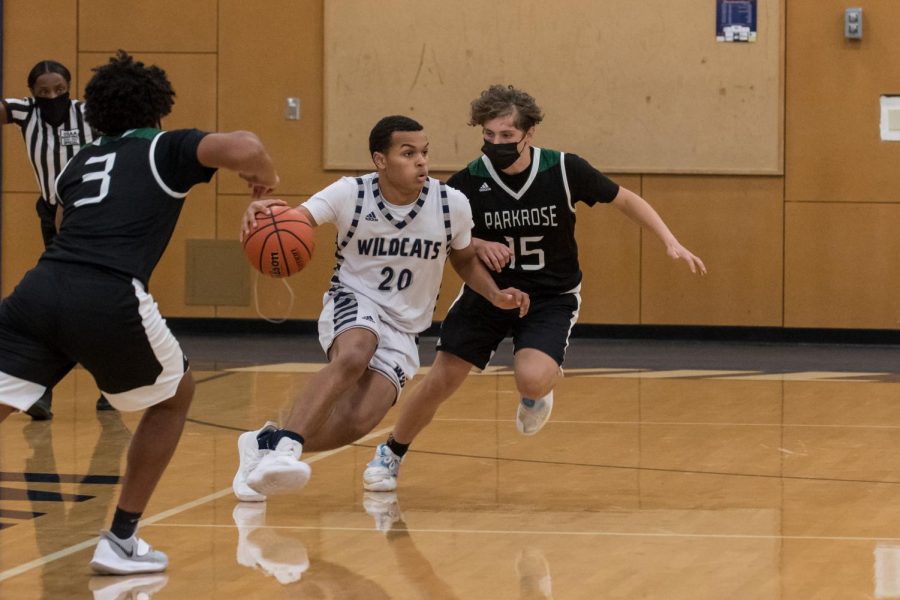 The Wildcat boys played an excellent game tonight against Milwaukie. The game was close, around a 6 point lead throughout the 4 quarters, so our Cats stayed on top of their game.

As we’ve seen in past games, our Senors Riley Scanlan and Cason Dougal, the “dynamic duo,” did not disappoint. The shooting average from the three-point line was not as high as normal, but the assists to layins they each had made up for it.

Our underclassmen showed up tonight as well. Kallen Gutridge, freshman, forced several turnovers and shot two for four from the three-point line. Maxim Wu, sophmore, clutched up on defense causing numerous turnovers and he was relentless with his jump shots. There were 6 technical fouls throughout the duration of the game on coaches and players. The game was not one to miss, not necessarily a nail-biter, but definitely, one which kept us on point.