A close game between the Wilsonville Wildcats comes down to the last second, but ends 2-1 in favor of the Wildcats 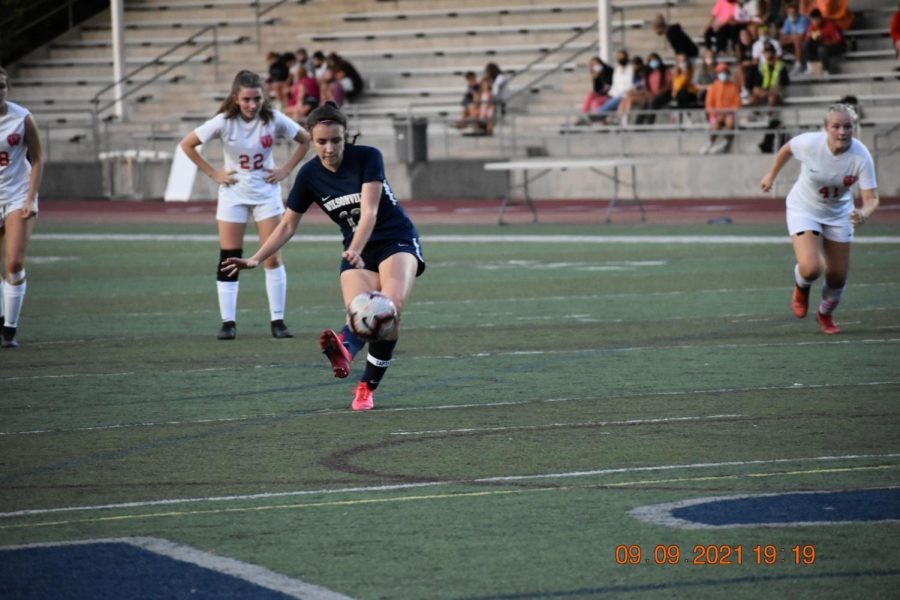 Karina Borgen shoots a penalty kick during a game earlier in the season against Westview.

Wilsonville narrowly defeats Oregon city in a close match that went down at Randall Stadium tonight. Wilsonville pushed to an early lead in the first half, with Lindsey Antonson narrowly scoring off of a few excellent passes about 20 minutes into the first half.

Wilsonville’s intense pressure failed to let up until the second half when Oregon City was able to carve out a few more opportunities on goal. Despite this, however, Oregon City was unable to put a point on the board until after Lindsey Antonson stuffed a free-kick from outside the box into the upper right corner 10 minutes into the second half.

Oregon City’s goal, while envigorating to the opposing team, failed to give them the moment to score again, leading to a final score of 2-1, and a close game for the Wildcats.