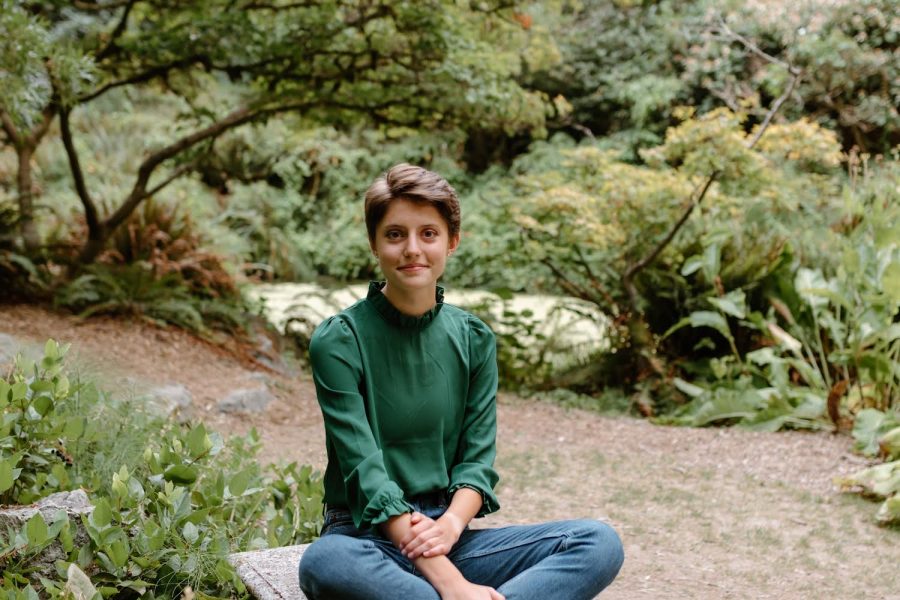 One of Esme’s senior pictures.

Esme has played this sport for seven years.  Her favorite thing about cross country is the fact that the team has so much support for each other. In her own words, Esme described the season as having a rough start because there were so many new team members.  As the season went on the team learned to grow closer and work together.  Esme plans on attending a four-year university after high school.