Wilsonville basketball is starting up again. They look to keep dominating in the 21-22 season. 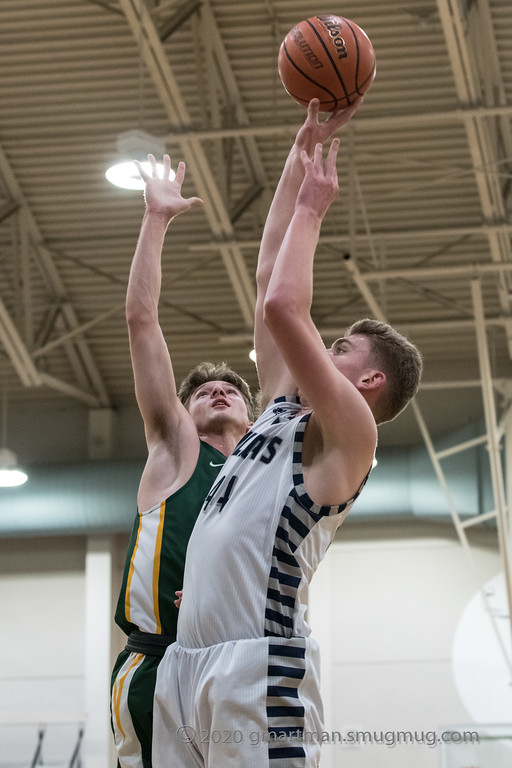 Logan Thebiay puts up a contested shot, needing it to fall. This year the Cats aim to be strong in all aspects of their game, including offense and defense.

After an exciting fall season that saw massive success from Wilsonville’s football, soccer, and volleyball teams, it’s time to turn to the winter season. More specifically men’s basketball, after having a short successful season where Wilsonville finished at an impressive 13-2 and the 6th rank for 5A.

Wilsonville’s first action of the season comes Friday, December 3rd as the Wildcats take on North Eugene in the WIT. A couple more tournaments over the coming month occurs before the regular season. Wilsonville tips off league play January 10th against Milwaukie.

Wilsonville returns three seniors from last years squad, this includes 6-10 giant Logan Thebiay who committed to Oregon Tech this offseason. Enzo Chimienti comes back after starting the majority of the season at guard. Kellen Hartford has made a full recovery from a torn ACL that he suffered last year that caused him to miss all of his junior season. Hopefully he comes back strong this year.

Tristan Davis and Maximum Wu return as the juniors who will step up for the Wildcats this season.

Kyle Counts and Kallen Gutridge got playing time as freshman last year and have improved during the offseason, with hopes to surprise people during the basketball season.

Wilsonville basketball saw lots of success last season; we will see if this Wilsonville squad can start off strong on Friday.