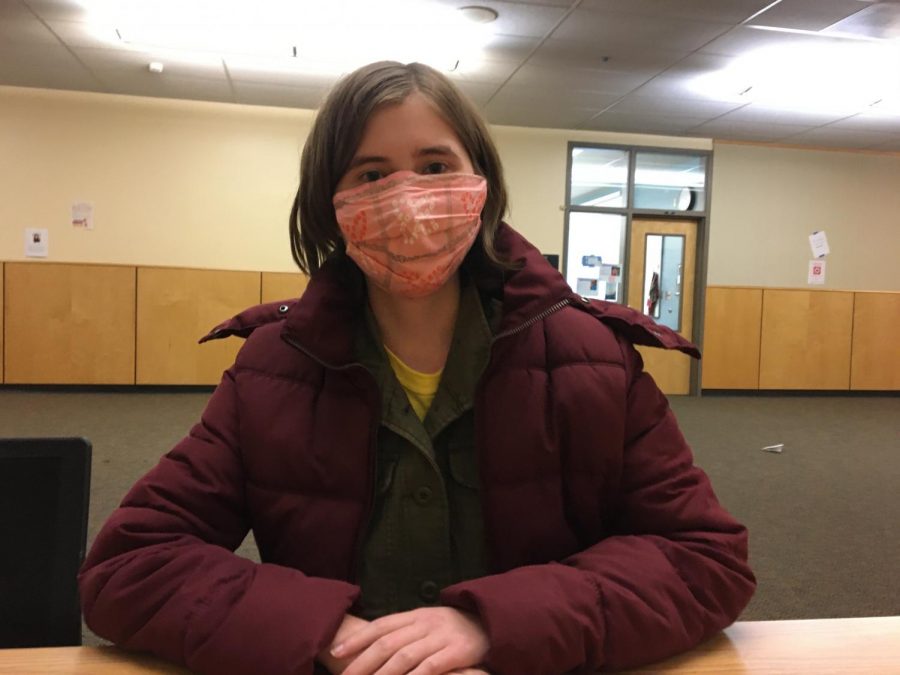 Julie Platt smiling as her picture is being taken.

“In October I had my first play of this year called Once Upon a Mattress. It was really fun and I regret not getting into the theater sooner. Now in my second theater production, I play Robin Starveling. My favorite part of theater is making friends with the other cast members and one thing I didn’t expect to like was Choreography, which I was regretting having to learn. It ended up being one of my favorite parts of being a part of the ensemble. You’ll never know if you like something unless you try it. A lot of people don’t see the amount of work that is put into musicals and people tend to focus on the main leads and other stuff but there’s a lot of work elsewhere. Ensemble parts take are being taught dances. There is also the technical crew and orchestra that both work very hard. Once you participate in theater you get to see and appreciate the little things in theater productions. I encourage other people to try theater because it’s really fun.”