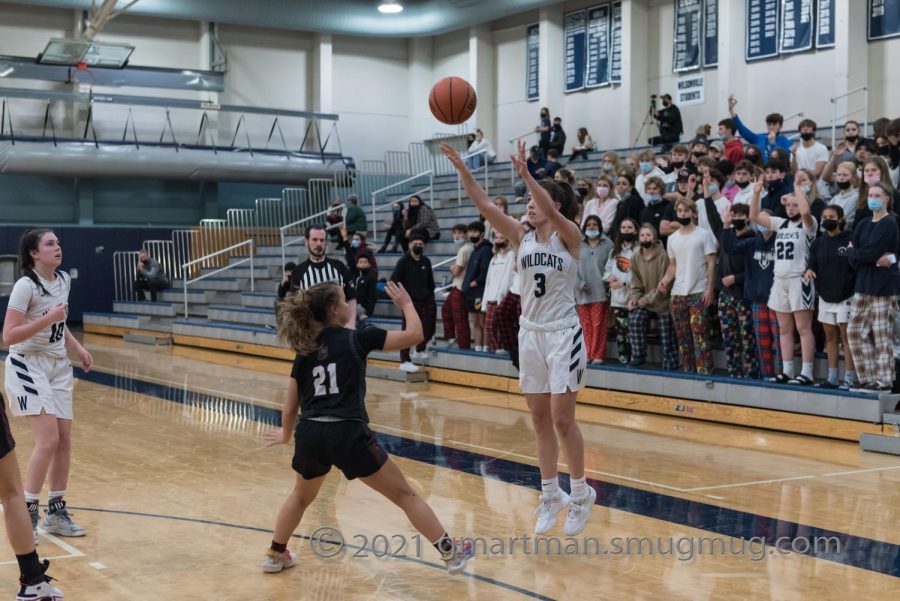 Senior Karina Borgen attempting a three pointer with the support of the student section behind her.

Wilsonville Girls Basketball faced off against 6A Sherwood for their first home game of the season. The Junior Varsity girls started off the night playing a good game and winning 56-32 over the Bowmen. JV maintained a strong offense throughout the game and really played as a team. These components helped the Wildcats secure the win.

Varsity Girls Basketball followed and despite a strong start, the Sherwood Bowmen started to pull away in the first quarter. Wilsonville began to mount a comeback in the second quarter but was ultimately shut down by a strong rebounding defense from Sherwood. The Wildcats finished with a loss 26-40.

While it wasn’t a great start to the season, there is no doubt that they will come back better than before and compete strongly.

The Wildcats play next on Saturday, December 11th against Churchill at Wilsonville High School.