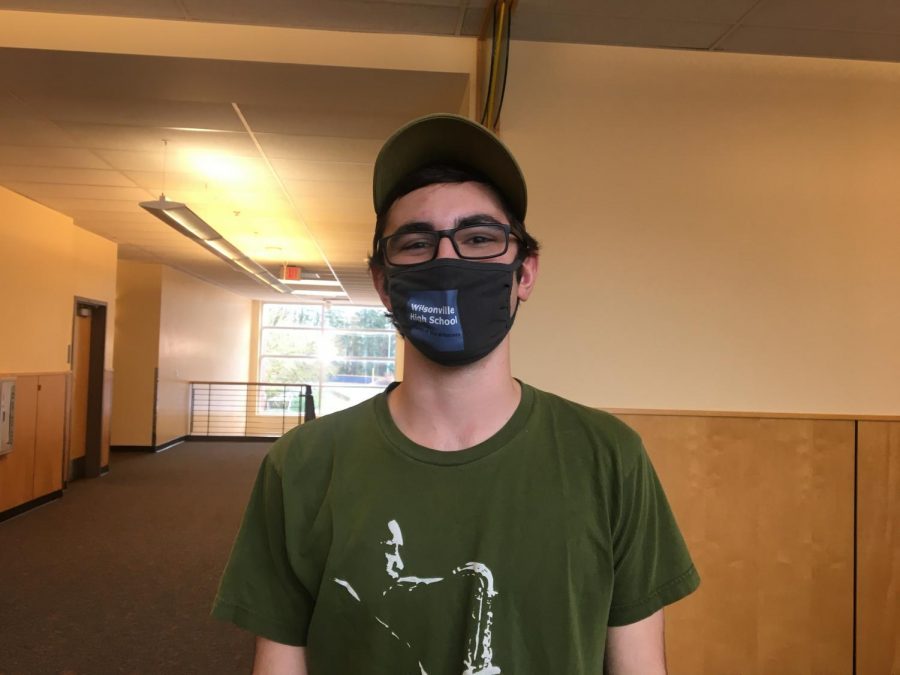 Caleb is excited to talk about his experiences in band.

“I have done Jazz Band, Symphonic Band, and Pit Orchestra. The one thing in common with all these bands is the community of people. I don’t think I’ve met more people in any other way than through band. It’s always a big group of people that just love the same things, so already you have something in common with a ton of different people. Everybody’s really passionate about what they do because band is not an easy elective to take and it’s not an easy A. You have to put in a lot of work and everybody that goes there has a responsibility to show up. Everybody has a lot of fun working together. Our band retreat is tomorrow so we are really excited because we’re not only going to be practicing but we’re also going to participate in ice breakers and get to know each other better. Sometimes there are some hard things that we do as musicians and through these challenges, we grow as musicians and people together as a band. This makes closer connections between all the different people. It’s something I look forward to every day. It’s just nice to come to school and be excited to go to band. I’ve put in a lot of early mornings and late nights for the different groups and the extra time I’ve spent here at school has been fun and enjoyable.”