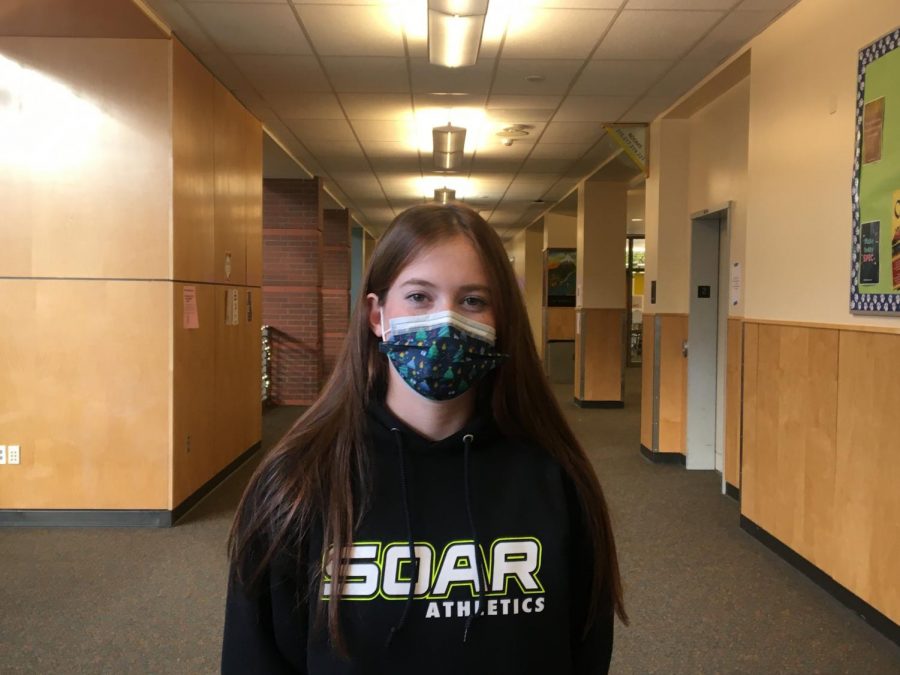 A hallway interview about hobbies.

“Since I was really little my whole family has been into baseball and softball. My dad played baseball in college so when my sister and I were five we started talking about softball and we started playing t-ball. I was off and on as I got a little older because I was a gymnast at the time but my sister continued playing it all the time. When I got into high school I started playing it more because I tried out for my high school softball team and got on the team. I really liked playing but it wasn’t something I was thinking about doing in the future until last season because a friend that I met through softball that year helped me get onto a summer team travel team. The travel team was based out of Salem, which also helped me to start getting into it. Now that I’m a senior, I’ve been going to pitching lessons because I’m a pitcher, hitting lessons and then I’ve also been getting information about recruiting. I signed up to do a lot of recruiting stuff online, and then I’ve also been talking to some of my coaches. I love having the influence from all the friends that do it, who make me love the sport even more. I’ve been reaching out to coaches and I’ve been invited to practice with one of the teams after the new year, so I can get a bunch of tips. I really really want to play in college and It’s basically all I think about anymore I have focused a lot of my life now on school and softball and doing as much as I can to get to be able to play on a college team.”