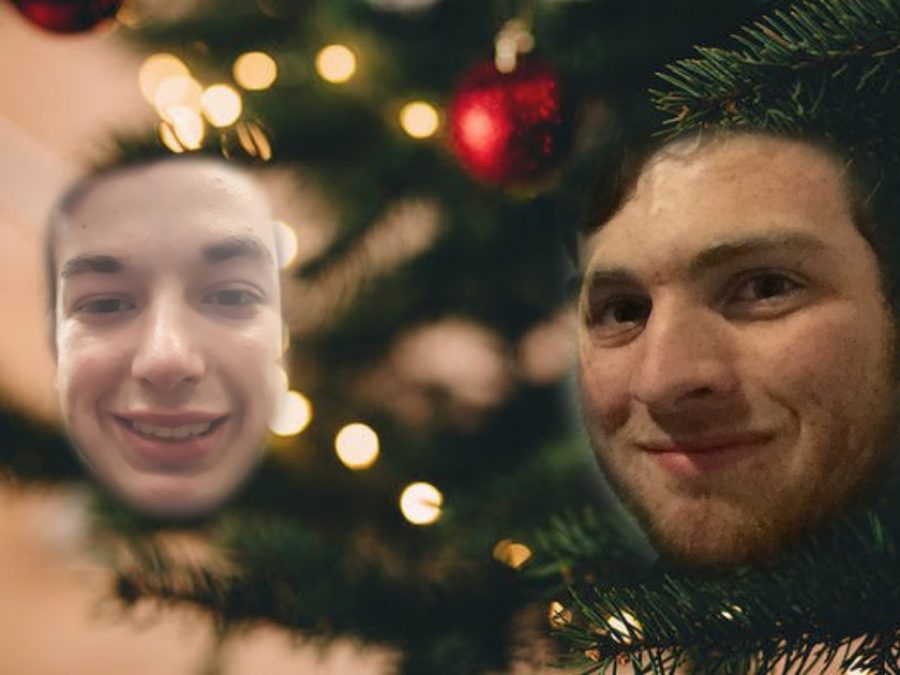 The Animation Heads (Jackson Mershon and Anthony Saccente) give their thoughts on the Best Animated Christmas Film.

Hey folks, Jackson Mershon and Anthony Saccente here. And we’re the animation heads! Today we’ll give you our thoughts on the best animated Christmas film.

As Andy Williams put it so beautifully, this is the most wonderful time of the year! Christmas trees, gifts, being around family, celebrating the birth of Christ, this time brings out the best in all of us. And don’t forget all of the holiday classics that families everywhere have grown to love. Well, we will give you our opinion on the best animated film of the holiday season.

Christmas movies have been a major part of my fond memories of the holiday season, but not many were animated, and if they were, they didn´t stick out to me. Except one. Robert Zemeckis´ The Polar Express (2004). The engaging motion-capture animated film led by Tom Hanks and his impressive multi-role voice-acting, stands a modern classic (coming in 17 years old!) and truly encapsulates the feelings and emotions of Christmas in animated form. From the powerful theme of believing (in Santa- or yourself?) to the breathtaking scenery and immersive atmosphere throughout the film, The Polar Express forms into a unique and captivating experience to watch. Both as a child, and  almost 20 years later, is still a great watch. The intrepid journey of our protagonist up to the North Pole on Christmas Eve grabs your attention from the get-go and never lets go. The immersion of the Polar Express whirls you onto a track to the North Pole to feel the Christmas spirit as much as any child on the train, and introduces you to a limited, yet effective and memorable, cast of characters (albeit there being a nameless, audience surrogate protagonist). From the iconic opening scene to the hot chocolate song, nearly every moment in this film stands out as magical and nigh-forgettable. If you haven´t yet this holiday season (or for the last few), a revisit to this beautiful (and in my opinion, the best) animated Christmas film may very well be worth your while.

I think the best animated holiday film is The Nightmare Before Christmas (1993). I know this movie is also a Halloween film, but this film fits well in both holidays. Jack Skellington, the pumpkin king of Halloween Town, is bored with doing the same thing every year for Halloween. One day he stumbles into Christmas Town, and is so taken with the idea of Christmas that he tries to get the residents of Halloween Town to help him put on Christmas instead of Halloween — but alas, they can’t get it quite right. It doesn’t matter if it is a Halloween movie, Christmas movie, or both, the movie is the best and that’s the end of it. Every time I watch the film, I cannot get This is Halloween out of my head. And the Boogie Man song is one of the catchiest villain songs you will ever hear. The stop motion animation is some of the best you will ever see! The character models are fantastic to look at, and the backgrounds take you for an unforgettable experience. What is just as remarkable as the animation are the characters. Jack Skellington is memorable not just for his looks, but also for his charisma. This factor excuses the fact that he can be considered a dime a dozen as far as unsatisfied protagonists go. And of course, don’t forget about the Boogie Man. From the catchy villain song to his need to taunt all of his victims, he is an absolute joy to watch. From the animation, to story, to characters, to songs, everything about this movie is delightful and as memorable as holiday movies get.