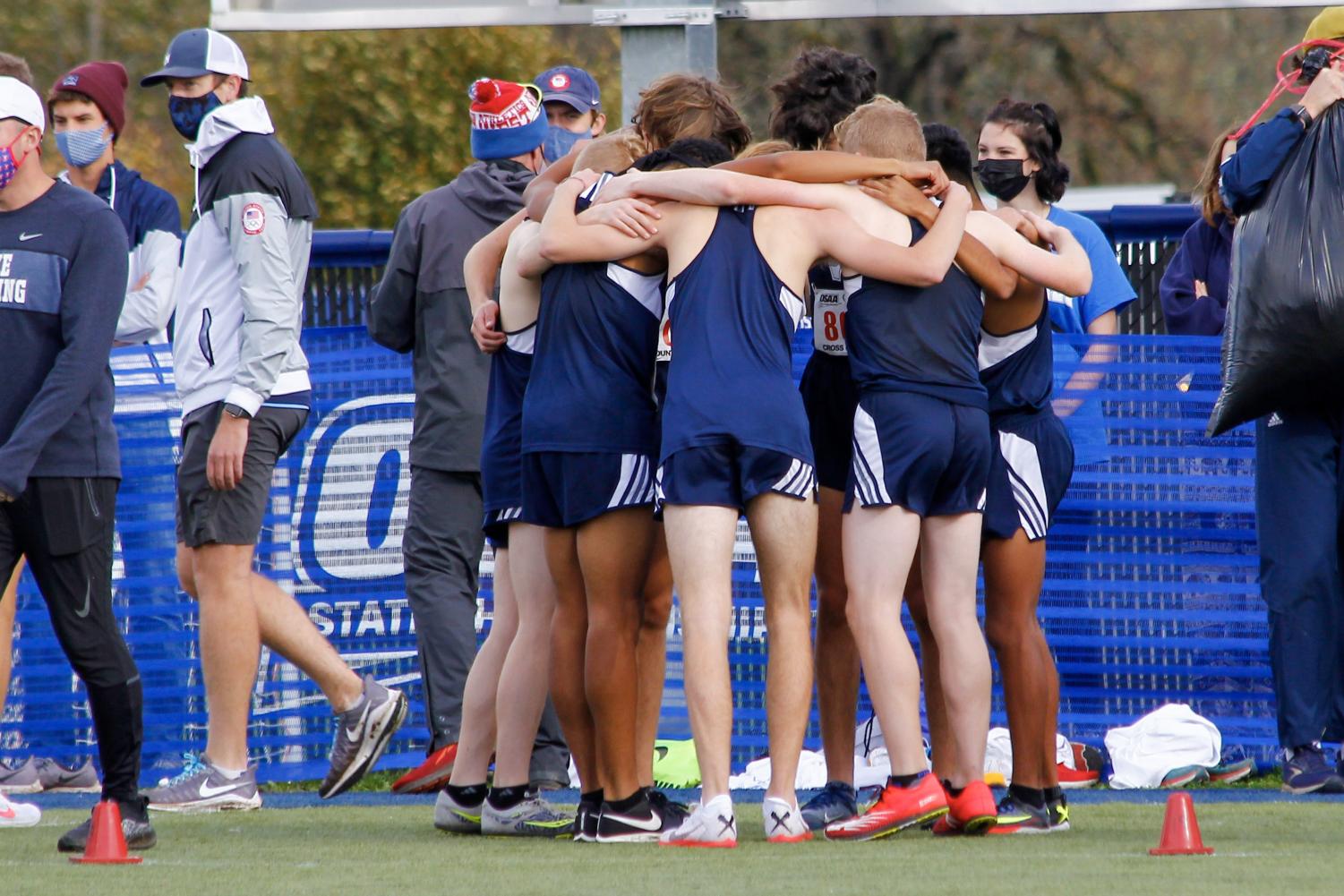 Welcome to Wilsonville XC! The cross country program of Wilsonville High School that over the years have taught life long lessons to the people that come out to run about leadership, respect, fitness, community and people you would never forget.

“The people you suffer with you will remember for a lifetime” – David Barkley head coach of Wilsonville high school since 2001. This is the story of their 2021 Cross Country season

The program has been around since 1995 originally starting as a 3A program winning 4 state championships on the boys end winning in 1999, 2001, 2002 and 2005. The program is always welcoming new members of any experience or any fitness level, sign ups are always open. 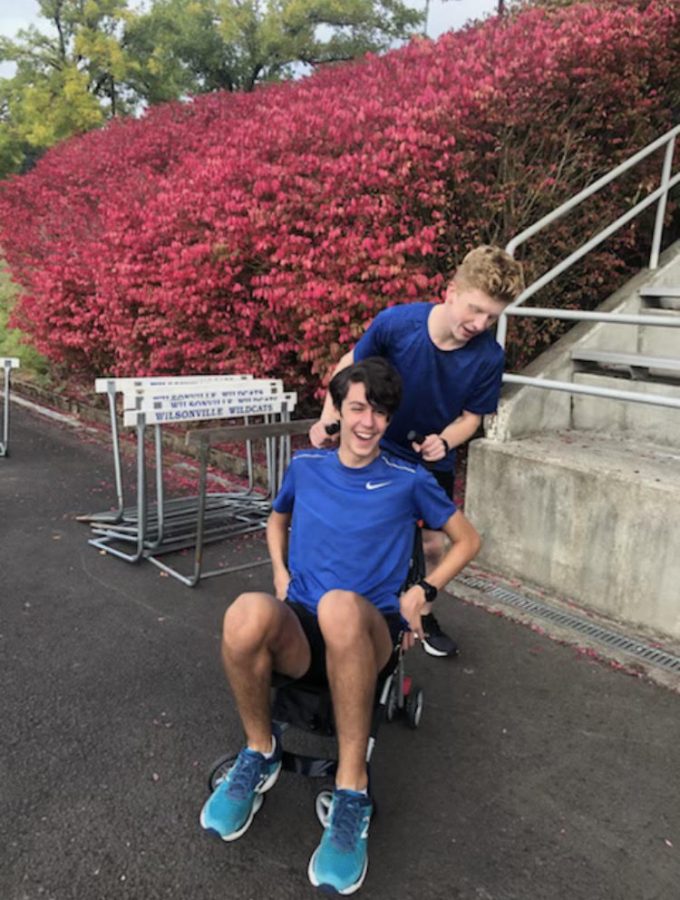 The Wilsonville Cross Country season ended on November 6th with the OSAA 5A State Championship at Lane Community college. This was the first real season of cross country since 2019 with the improvisation made in the 2020 season and the cancellation of the state championship and every large invitational in Oregon.

WVXC, abbreviation for Wilsonville Cross Country, started their training near the end of the school year on June 8th, with early summer training consisting of mostly low intensity running building up as the season progressed. The practices we’re at first limited to just existing team members, and we’re always.

After the school year ended, middle schoolers were allowed to come to practice, as well as incoming freshmen. These practices had some of the fondest memories of the team, as the high mileage low intensity runs turn into moving conversations and connections between both the middle schoolers preparing for their seasons and the graduating seniors going for summer runs before they leave for college.

I joined in on the summer runs with the team at least once a week, I really enjoy getting to see the future of the team and listening to them talk about the upcoming season and knowing they’re going to work so hard for the exact same thing I would’ve worked for during my high school years.”

The first day of official practice was on August 15th, where the final set of newcomers that didn’t do summer training joined in, got their clearance done and set their eyes on August 27th. The 27th was the first meet of the season, the early seasonal invitational hosted by Wilsonville, the night meet. 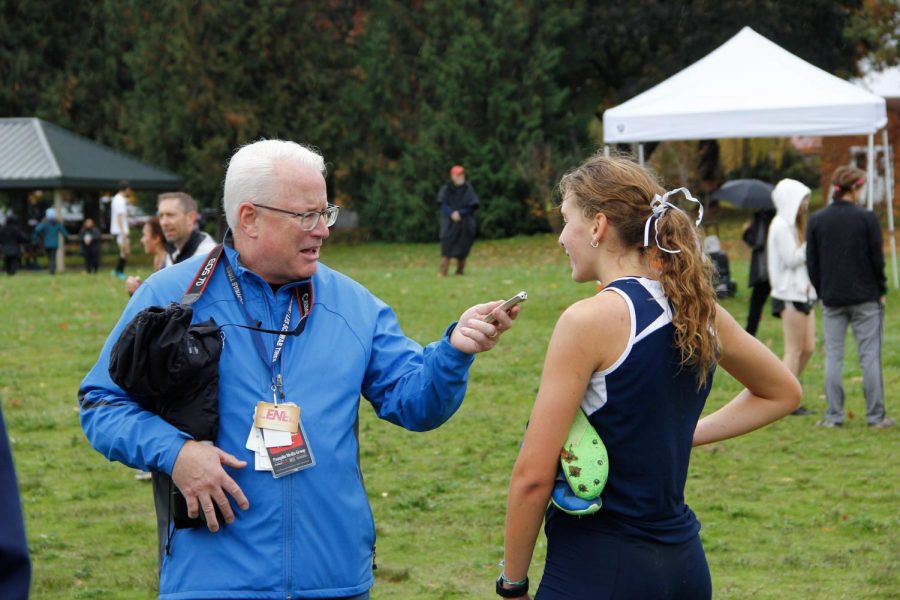 Gabby Prusse doing a post race interview after finishing as Wilsonville’s lead in the district meet.

October was when the season truly broke loose and we got to see which teams were going to be front runners at the state meet. October had the Harrier Classic on October 2nd, a league meet at Rex Putnam HS on October 13th, the Lewis and Clark Invitational on October 16th and the NWOC District Championships on October 27th.

The Harrier Classic was a lightning fast course, and the large number of 5A teams proved it to be a short one. On the boys end, Wilsonville took 4th in the meet and second in 5A, ahead of South Albany who finished 5th, with Crescent Valley winning in 1st place. The times from the meet however were rather irrelevant, as the length of the course was unknown.

On October 13th, was another league meet, and another tempo. With the Lewis and Clark invitational three days after the league meet, Coach Barkley inspired wisdom in his runners and made sure that they didn’t treat the race as an actual race, just as a workout.

October 16th was the day it finally counted, questions about the Harrier Classic would be answered, and on the boys end, it led for a legitimate school record with Mason Weisgerber breaking the record he set last month running 15:31.70.

Wilsonville girls finished 21st at the meet while the Wilsonville boys finished 8th both in the fastest heats of the day. The meet extended the Varsity roster size to ten, three more spots than in traditional cross country, which led to what could only be described as stampede at the starting line.

Last up for October, the NWOC District Championship. For all of the junior varsity kids, it was their last shot at a major race that season. All runners lowered their weekly mileage and added in some more speed work tuning up for this race. The boys dominated the meet for the 5th year in a row with the whole scoring five being all-district runners.

The girls had something big to prove to Rex Putnam, they took the race by storm and finished way ahead of their seeding. The scoring five finished 2nd, 4th, 5th, 9th and 16th. Girls from Putnam that normally have dominated the Wilsonville girls couldn’t keep up with the Wildcats this race leading for the upset of the year in NWOC cross country with Wilsonville winning over Putnam in a score of 36-39. 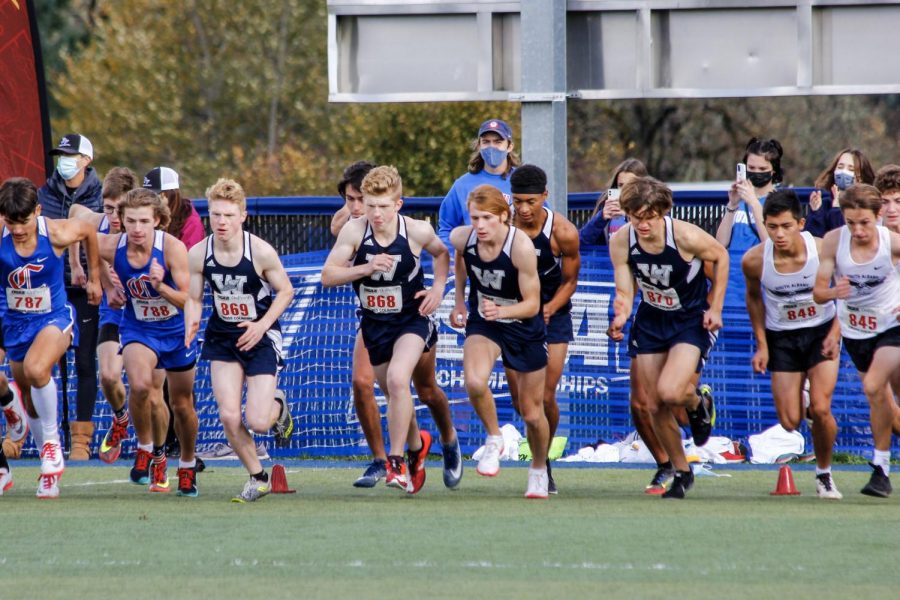 Taken within half a second of the start gun.

Leading into the OSAA 5A state championship on November 6th, two days before the meet, the junior varsity kids who aren’t going to race at the state meet run an in-house 3K, a Wilsonville tradition. On November 5th, the team left Wilsonville on the team bus to stay overnight at a hotel nearby the meet in preparation of the fateful day the team has been waiting for.

On the day the Wildcats experienced another victory over Putnam winning by 7 points on the girls end at the state meet and finishing 5th in the state, the girls were disappointed at the fact that they only finished 5th and were only 1 point away from bringing home a trophy, but in the words of Coach Barkley, they shouldn’t have even been that close to winning a trophy in the first place. They completely destroyed the expectations again and stood up to teams nobody would’ve predicted them to win against.

The boys also had a similar story of disappointment: the team did not match their own expectations and the whole team had run a poor race to their standards. In their case the sentiment they had was that even on an off day where one of the varsity runners collapsed at the line and didn’t count for the team score, they still managed to bring home the trophy, have two all staters on the team, and finish 4th as a team. Truly impressive from the Wildcats despite not running a picture perfect race to their standards.