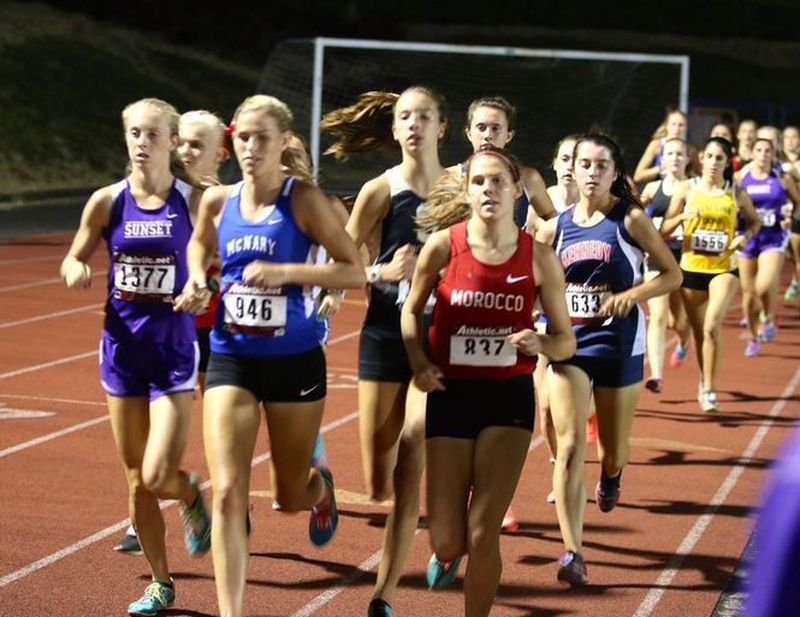 This race is an extraordinary quick season opener for almost all of the thirty nine teams that showed up this year as it is also partially a track race. There are races starting at 6:00 pm on a rolling start schedule, with the final race for the senior boys starting at 10:12 pm.

On a three thousand meter course shorter than the traditional high school cross country course, the leading time for the boys was 8:39.67 in a night meet record, while on the girls’ end the leading time was 10:18.31.

On the first day of school on September 8th, the wildcats also started the official Northwest Oregon Conference season (aka NWOC). This was the second time the whole district has come together to race against each other in cross country. The meet ended with the Wilsonville boys winning the meet with a score of twenty one points and the girls taking second with forty nine points, one point ahead of third place La Salle Prep.

September also had two more meets in the month, the Northwest Classic on September 18th and a league meet held by Wilsonville at Memorial Park on September 22nd.

The Northwest Classic ran fast and gave the team a good opportunity to see some of their old rivals from the 2019 season. Junior Mason Weisgerber set the school record running a 15:45.17, beating out the record from 2011 set by Akiharu Kitagawa by a second and a half.

A couple days later a league meet was hosted by Wilsonville at Memorial Park, with Putnam, La Salle and Milwaukie. The Wildcats, coming off the Northwest Classic, were held back from running all out, preserving themselves for extra training during the week and not doing the extra damage to the runner’s body from an all out effort. Coach Barkley instructed them to run at a progressive 70% effort finishing with a 85% effort level.