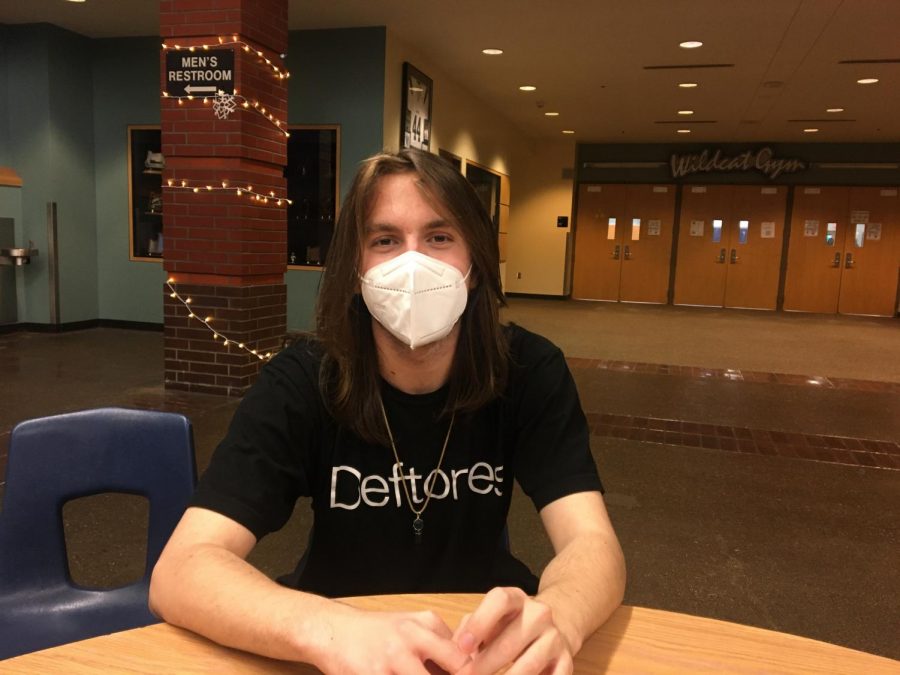 Mason sitting down to be interviewed.

“Marxism is this political and economic way of thought. It essentially puts the power in the hands of the people as opposed to a ruling class. It sees the society we live in now as being classes of people who “have” and people “who don’t have”. It’s like the English terms that teachers use such as proletarian and bourgeois; The ruling class and the working class. Marxism lets the power be given to the working people because they create all the wealth and the process of labor. The working people are then getting compensated for their labor and all that value is being distributed equally to all the people who created it. It’s really empowering to a lot of people around the world. For example, in the United States in the ’60s you had the Black Panther Party who was about the liberation of black people in the United States, or the Russian Revolution the Chinese Revolution. Another one is in Latin America there was Salvadore Allende who was democratically elected. It’s just an empowering way of thought and a method to improve life for everybody.”