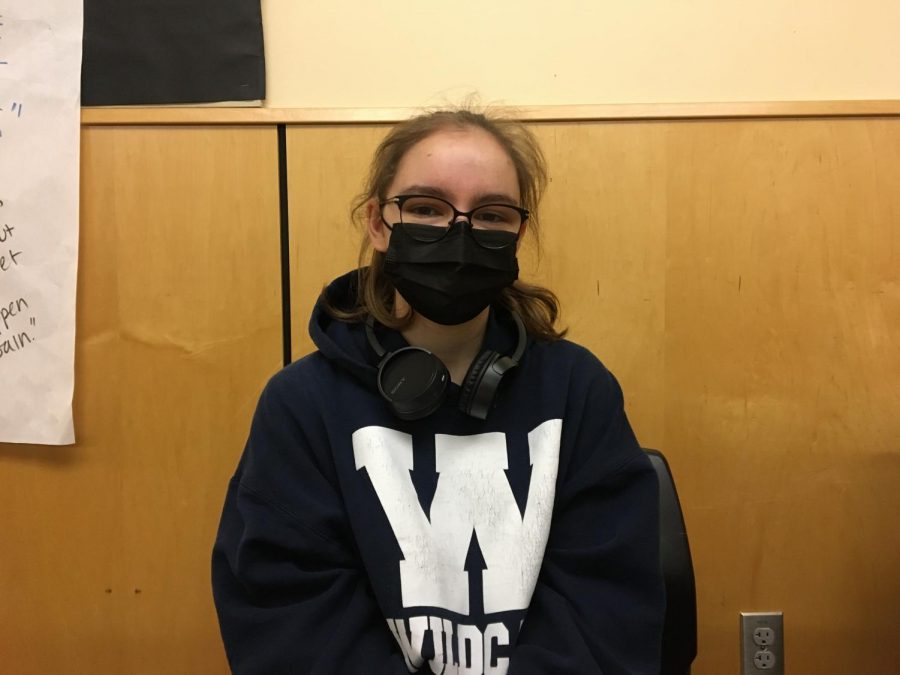 “I really like theatre because it has helped me to get over my stage fright and a lot of other anxieties. I know a lot of people that I’m friends with now I met through theater my freshman year when I joined Cinderella. I’m thinking of running for the drama council and I think that’s gonna be fun. We do a lot of things like regionals. We get to go to another school and compete with a bunch of other groups and see other people acting and you get to make many new friends. It’s a really fun competition. I really like being in the shows because we do something like secret Santas every night of the show. I’ve been doing theater since I was in high school because the other schools that I’ve been to didn’t have a theater program or really any arts program for that matter. Teamwork is important in theatre because you all have to work together to make sure the show works well. You have to build a giant set, piece of future, or giant set pieces if scenes require it. During freshman year, I was in the ensemble for Cinderella and I also participated in regionals with a small group. We performed Squirrel Girl goes to College which I had a small Over my sophomore year for online school I participated in the online production of Trapped. This year I was in Once Upon a Mattress. I auditioned and got to perform as speaking ensemble characters and I’m doing regionals this year with a duo scene which I think will be very fun.”