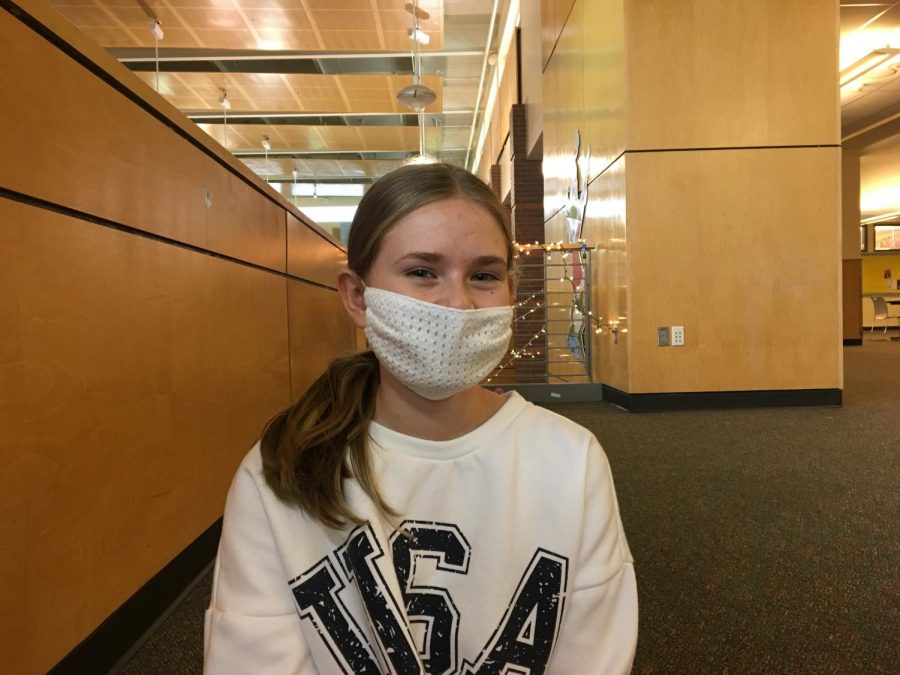 “I’ve been doing cheer since August before football games started up. I’ve been dancing and prepping for a while. I’ve been dancing since I was three and I was in a performing company for a little while but it’s mostly been a lot of different areas in dance and it all helped with cheer. But I’ve only started cheer this year. I’m definitely planning on doing cheer for the full four years of high school. It’s been a good experience doing the element cheer and the team is awesome. I mean on every team there’s gonna be drama but for the most part, it’s been really great on the team. My favorite part is getting to know other people for different grades, getting to stunt with them because there is an element of trust in that. You are trusting your life in their hands and so getting to know people at a close level has been great. We have been preparing for cheer competition season by learning different types of competitions to prepare. We have a routine for our competition both a dance portion and a cheer portion. So we have been going to the Oregon Dreams Teams to get that kind of stuff and were actually doing full-out for the first time today. We do both football and basketball games for varsity for this year we are doing boys and girls varsity. I was looking at what sports I wanted to get involved in high school there was just stuff like soccer that I played for a while and then I played basketball. I was looking into cheer and I was like that could be fun to do. It has been a hodgepodge season but were definitely getting there.”