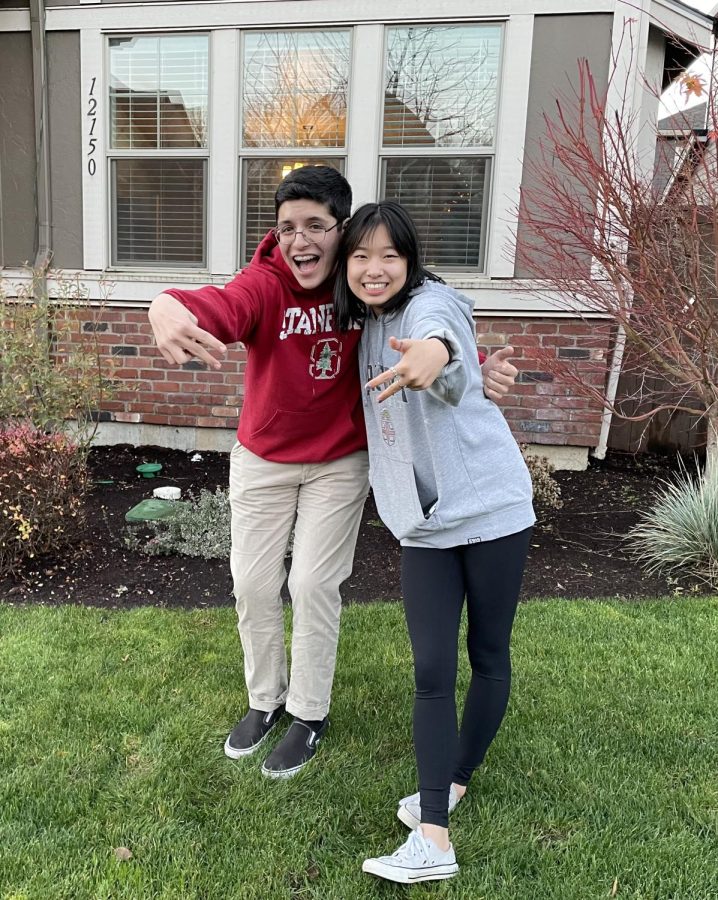 Miguel and Alyssa pose together after congratulating each other on their acceptances to their dream schools. The iconic duo began on their college journey early on!

With all the hard work students’ put into their education nowadays to set them up for college each individual acceptance is that much sweeter. Seniors, Miguel Tejeda and Alyssa Sun are no exceptions to this. Both having scouted their dream schools as early as freshman year their recent acceptances have been all the rage and should be hugely congratulated. 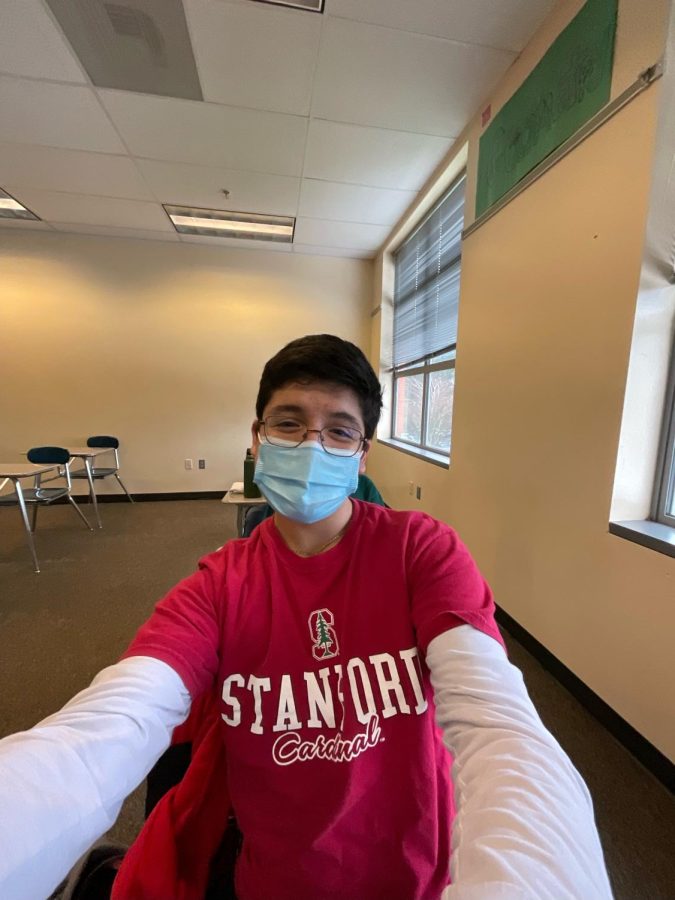 Selfie taken by the scholar himself. Tejeda proudly displays his Stanford shirt after being accepted.

A high achieving student has spoken of his dream of attending Stanford University in sunny California since early freshman year. He fell in love with the campus freshman year after attending a virtual tour. “I always knew I wanted to go to a top 20 school,” claimed Tejeda. In his opinion the school is prestigious, but not toxic which really put him over the edge in his decision.

Throughout his high school career, he pushed his academic schedule to prepare for the prestigious colleges he was applying to. He included taking early periods like Soul’d out, which actually brought down his weighted gpa, but was worth it in the end and is something Tejeda really enjoys. Where the future scholar really rises above is his involvement at WVHS and the community. He participates in 6 different clubs: MECha, NHS, Interact, Community Outreach Club, Community Leaders of Wilsonville, and Link Crew. Most recently he took the opportunity to present in front of the school board. This is something he mentioned in his interview with the Stanford Alumni.

As far as his application process goes he and Alyssa both started working on the Common App in August and had it perfected by mid September. This allowed him to work on supplemental essays in October — reducing stress. He “…submitted an essay that wasn’t an 1,000 level essay, but that was true to myself and my values.” he reflected.

His moment of acceptance, “was an all time high” claimed Tejeda. It felt surreal. His mom was in the room and gave him a great big hug. All the hard work and dedication had paid off. The blood, sweat, and tears was worth it. He plans on studying political science at Stanford, then continuing on with law school. 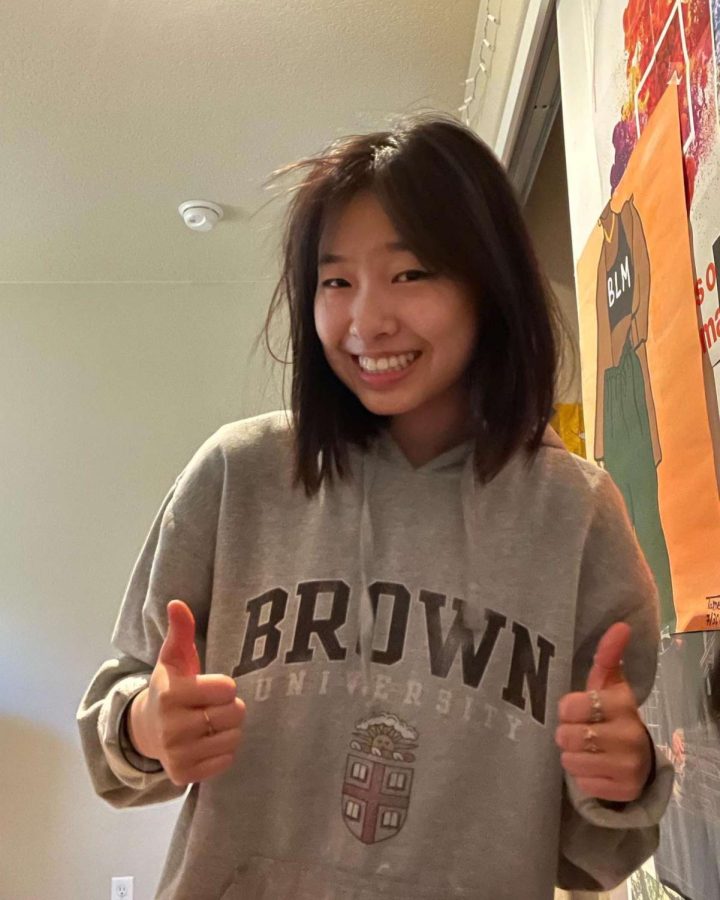 Alyssa Sun proudly poses with her Brown sweatshirt on after her acceptance. Brown has an acceptance rate of only 7%.

Alyssa, similar to Miguel, started thinking about colleges early on. A driving force in her initial interest in Brown was visiting her older sister on campus. For her personally it was the community at Brown that attracted her and the freedom offered around majors. Brown offers a unique open curriculum education.

As far as pushing herself Sun participated in 3 major extracurriculars, one being fencing. Her advice when asked about setting yourself up for application success is choosing an extracurricular you’re passionate about and sticking with it. Like many others her most rigorous year of schooling was junior year based on her difficult schedule and the pandemic in the midst. This also made it difficult for her to continue with fencing. Sun also works as an assistant engineer at a small start up, which in her opinion gave her an edge in her application.

She began working on her Common App with Miguel in August. This allowed her to also work on supplemental pieces and take a big portion of the stress out of the application process. Sun didn’t end up submitting test scores with her application, but maintained a high weighted gpa and had an impressive list of AP classes under her belt.

Her moment of acceptance was something to remember. “My parents crowded around my computer and awaited the results with me,” said Alyssa. There was a lot of hugging and pure emotion shared in that moment. Her mom even wore all red as a Chinese tradition of good luck and prosperity.

At Brown Alyssa plans on studying computer science but is also toying with the idea of becoming a mechanical engineer. Whatever she choses there’s no doubt she’ll be a success.