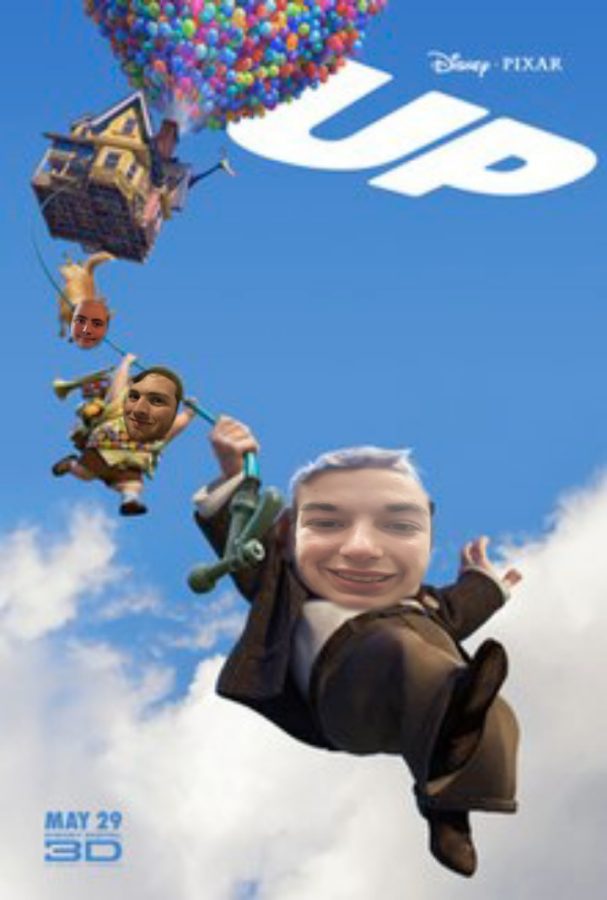 The Animation Heads (Jackson Mershon, Kyle Mershon, and Anthony Saccente) give their thoughts on Up. Next week’s review will be The Prince of Egypt!

Hey folks, Jackson, Kyle, and Anthony here. And we’re the animation heads! Today we’ll give you our thoughts on Up.

Up is a 2009 animated film directed by Pete Docter and produced by Pixar Animation. It was Pixar’s first film to be presented in 3D format. Up debuted at the 62nd Cannes Film Festival on May 13, 2009, and was released in the United States on May 29. It earned $735.1 million worldwide, finishing its theatrical run as the sixth-highest-grossing film of 2009. At the 82nd Academy Awards, Up received five nominations including Best Picture, becoming only the second animated feature film to have been nominated for the award (after Beauty and the Beast), and won two, for Best Animated Feature and Best Original Score.

Carl Fredricksen, a 78-year-old balloon salesman, is about to fulfill a lifelong dream. Tying thousands of balloons to his house, he flies away to the South American wilderness. But curmudgeonly Carl’s worst nightmare comes true when he discovers a little boy named Russell is a stowaway aboard the balloon-powered house.

Pixar`s intricate and enotial film Up is an enjoyable tale of loss and rediscovery. A simple, authentic tale that can be easily enjoyed by adults and children alike, and relatable to anybody. Colorful and fun, Up is easily worth your 90 minutes.

Up is a really heartstring tugging movie . . . Within the first few scenes. Don’t get me wrong, it is a wonderful piece that made leaps and bounds in the field in animated storytelling. And while the full movie is brilliant, in my humble opinion, The Married life scene and soundtrack take the cake.

Up is quite simply, one of the greatest animated films of all time. The story is magnificent, with one of the most authentic romantic scenes ever put on the big screen. But the rest of the film holds up just as well. Also, the animation is awesome to look at. Apparently, the designs of the characters were caricatured and stylized considerably, and animators were challenged with creating realistic cloth. So there was a lot of hard work put into the visuals. The characters are enduring as well. Mr. Fredricksen is such a relatable character with a tragic backstory. He may come off as gruff at first, but he has a big heart and so much love for his late wife. Russell adds a sense of energy and adventure that is certainly welcomed. And while Charles Muntz might not be the most memorable villain, there is a nice dynamic built up between him and Mr. Fredricksen. And of course, Carl and Ellie are one of the best animated couples. Their love is a perfect representation of Valentine’s Day!Overall, this film hits it out of the park on all levels. It goes without saying that it is a must-watch for the entire family, and will continue to build upon its deserving legacy.