A fan’s guide to understanding WLAX 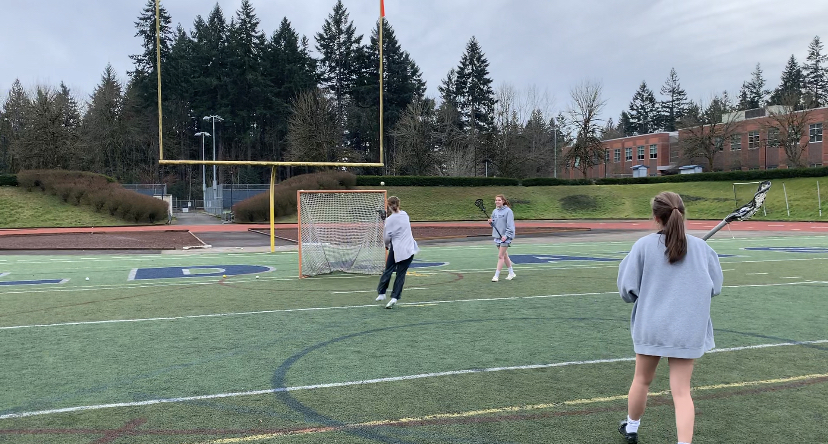 Girls lacrosse has one of the most confusing rulebooks of high school sports. My parents–who have watched me play the sport for seven years–still have no idea what’s going on a majority of the time.

After each game, they try to clarify what happened on different plays to cause the various foul calls: “What did it mean when the ref blew the whistle near the goal and waved her hand in front of her face?” or “Why did the ref swing his arm in a circle when you ran down the field?”

Grace Jenson, whose first year was her eighth grade season, is now a junior and plays attack for the Wilsonville girls lacrosse team. Jenson admitted, “There were a lot of rules in the beginning and it was confusing to learn at first, but everyone was super understanding and helpful. If I didn’t understand something, everyone would make an effort to help explain the rule.” Now headed into her fourth season, Jenson is fluent in the language of WLAX, and she even helped fellow junior Katelyn LeBlanc learn to play this past year.

In October of 2020, LeBlanc quite literally held a lacrosse stick for the very first time; however, six months later LeBlanc was not only comfortable on the field but a valued defender for the Cats: “It was really easy to feel overwhelmed at the start. There are definitely a lot of rules, but the coaches are also super understanding and put in a lot of time to teach the new players.”

If new players are so daunted by the rulebook, how are parents and fans ever expected to figure out what’s going on by purely watching the games? The answer is simple: you need to learn a few key components to the game, and the rest will come with time. Think of it as learning a new language–how are you supposed to become fluent if you don’t even know the alphabet?

So, as with anything, let’s start with the groundwork. Here is a basic overview of high school women’s lacrosse rules: