Animation Heads: The Land Before Time 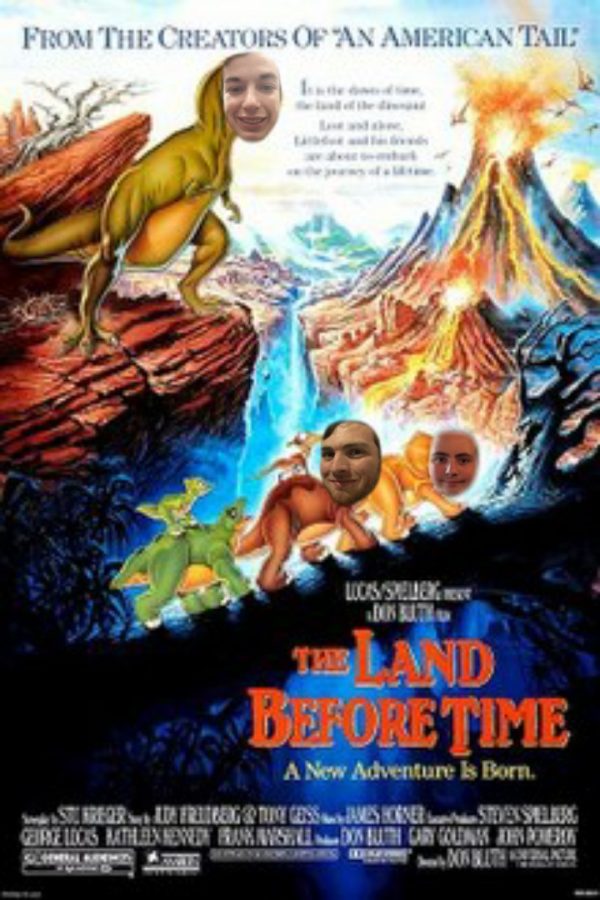 The Animation Heads (Jackson Mershon, Kyle Mershon, and Anthony Saccente) give their thoughts on The Land Before Time. Next week’s review will be The Miracle Maker.

Hey folks, Jackson, Kyle, and Anthony here. And we’re the animation heads! Today we’ll give you our thoughts on The Land Before Time.

The Land Before Time is a 1988 animated film directed by Don Bluth and produced by Steven Spielberg and George Lucas. It is the inaugural film in The Land Before Time franchise; it carries a million and a half sequels. The film was released by Universal Pictures on November 18, 1988. It was a box office success, grossing $84.4 million. Its success, along with An American Tail and the 1988 live-action/animated film Who Framed Roger Rabbit led Spielberg to found his animation studio, Amblimation.

Littlefoot (Gabriel Damon), a young plant-eating dinosaur, is orphaned after his mother (Helen Shaver) perishes while protecting him from a vicious carnivore. With her last breath, she tells him how to get to the legendary Great Valley, where he will be reunited with others of his kind. With his friend Cera (Candace Hutson), Littlefoot sets out for the fabled land, meeting a variety of new friends along the way — while also being tracked by the killer dinosaur that mortally wounded his mother.

The Land Before Time is a beautifully written and animated film from Steven Spielberg and George Lucas, holding a captivating timelessness in its setting and characters. An adventure of friendship and learning to grow in the world, the innocence and simplicity makes the film is to its credit, one of my personal favorites in my childhood and to this day.

The land before time is “timeless”(see what I did there?) Film that had straight forward morals and characters. With animation that still could be considered good, the film has aged well. However, if the film had one flaw, it would be that the film had moments that felt targeted to an extremely young audience. I understand it as a children’s movie. There will be such moments, but with the “cutesy” dinosaurs, the film could easily become a children’s book. Still a fantastic film.

The Land Before Time is a solid animated film full of heart and drama. What makes the film as distinct as it is has to be the friendship that our five heros form throughout the picture. You have the power dynamic between Littlefoot and Cera, which truly feels how little kids would deal with real life issues. Also, the animation is at peak level. What I love the most about it is the gorgeous color scheme. It looks like we are watching a continuous water color painting. The character designs are well done and the facial expressions are on point. And I do not think we can talk about this film without Littlefoot’s mother. Her scene is such a tearjerker, but so well done that feels real and authentic. This film is definitely a Don Bluth classic, and one that is worth checking out to increase your animated films library.