Animation Heads: Over the Hedge 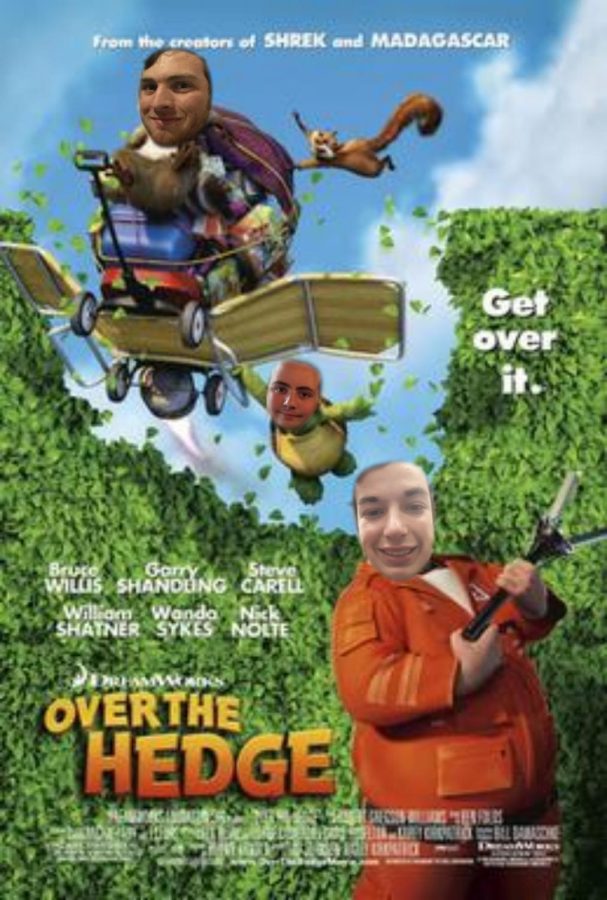 The Animation Heads (Jackson Mershon, Kyle Mershon, and Anthony Saccente) give their thoughts on Over the Hedge. Next week’s review will be Shrek 2!

Hey folks, Jackson, Kyle, and Anthony here. And we’re the animation heads! Today we’ll give you our thoughts on Over the Hedge.

When Verne (Garry Shandling) and fellow woodland friends awake from winter’s hibernation, they find they have some new neighbors: humans, and RJ (Bruce Willis), an opportunistic raccoon who shows the others how to exploit the suburban bounty laid out before them.

Over the Hedge is a kids film featuring a good amount of comedy and a decent story. This film also has animation that is able to hold up to today’s standards. Overall, this is a film that is not an animated classic, but still holds enough merit for one watch. Definitely aimed at the kiddos, but not as engaging for adults. Do not steal my Spuddies!

Over the hedge is a comedic film specifically made to please children, with little artistic worth. With antagonists that were to be expected, this film does very little to surprise. The main theme of the film is belonging and the pain of being replaced. While an interesting topic, many other animated films have tackled the same subject, such as the much greater Toy Story. The only thing keeping this film’s score up is its insanely comedic and lovable cast, and its peak comedy. The film also boasts a strong intro and character introductions.

Over the Hedge is a decent animated film that could get lost in the pile of DreamWorks long list of decent animated films. The comedy is hit and miss, ranging from creative jokes to total groners. And this aspect feels like a missed opportunity because of all of the A-list comedy talent attached to the movie. Bruce Willis, Steve Carell, William Shatner, Eugene Levy among others are all people that have been enjoyable to audiences. And yet their talents are wasted, for the most part, because of the below average script given to the actors. Now there are a couple of funny scenes. My favorite is when RJ (the Bruce Willis character) is showing the rest of the animals how humans do nothing but eat their entire lives. That scene always makes me hungry! The animation is colorful. Maybe not the most impressive from DreamWorks, but it definitely holds up today. The characters have big expressions, which matches the typical family-friendly tone of the feature. Overall, this is a film that is not an animated classic, but still holds enough merit for one watch. Definitely aimed at the kiddos, but not as engaging for adults. Do not steal my Spuddies!