To stand or not to stand 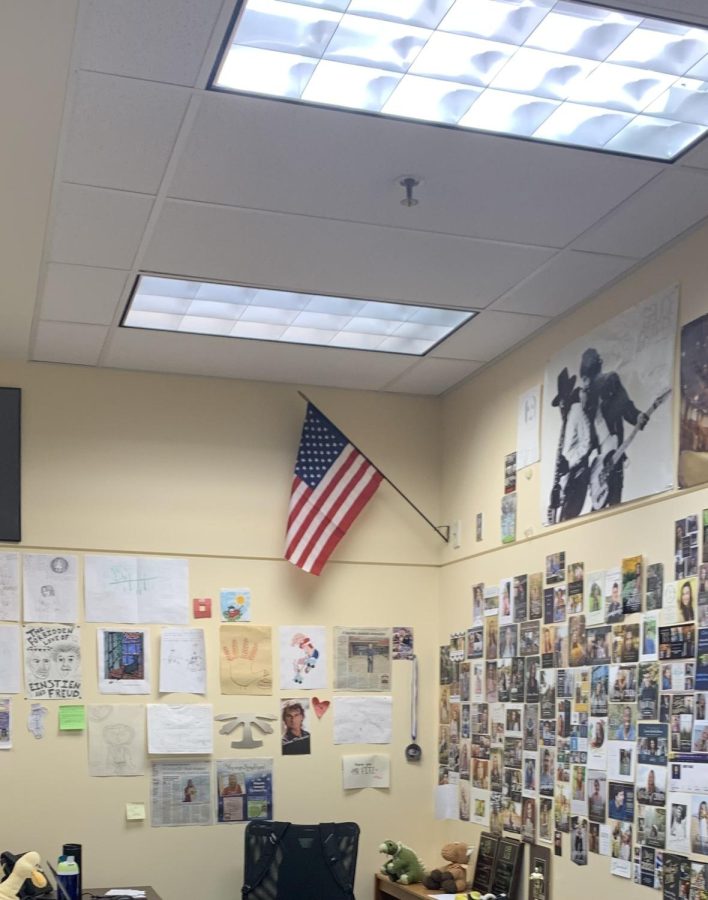 The American flag hangs in every classroom in the school.

This year Wilsonville High School has enforced saying the Pledge of Allegiance once a week. This has been an Oregon state law since the 1940s even though schools haven’t always enforced it.

The law states that schools must provide students with the opportunity to say the Pledge once a week. It is not required that you stand. However, if you choose to not participate you must respect the people that do and stay silent.

Most students have gone a while without saying the pledge, and have mixed opinions on if it should be said during school hours. Junior Kate Gore states, “I don’t feel like I need to pledge my allegiance to my country in that manner, I don’t feel like that is the most pertinent use of my school day.” Gore believes that it shouldn’t be the school’s job to provide that opportunity. It creates a situation for students to feel judged for their beliefs.

If a student doesn’t agree with saying the Pledge of Allegiance during school, they are allowed to sit while other students do. Sophia Best says, “I love that you aren’t required to say it because it gives people the right to choose based on their personal beliefs and religion.”

Consequently, this does open a door for students to be ridiculed for their beliefs and or religion because they aren’t standing. It also makes students feel like they have to stand or sit based on what their classmates are doing.

Best doesn’t think that saying the pledge is the most pressing issue in our school. Best adds, “I think things like making sure kids are understood and respected is more important.” Saying the pledge opens a door for students to feel less respected about their beliefs whether they stand or sit.

Students should feel free and able to do what they want because they live in a country where there is freedom of religion and speech. Students can also show respect to their country in different ways outside of the school building.