Boys get big win over Parkrose 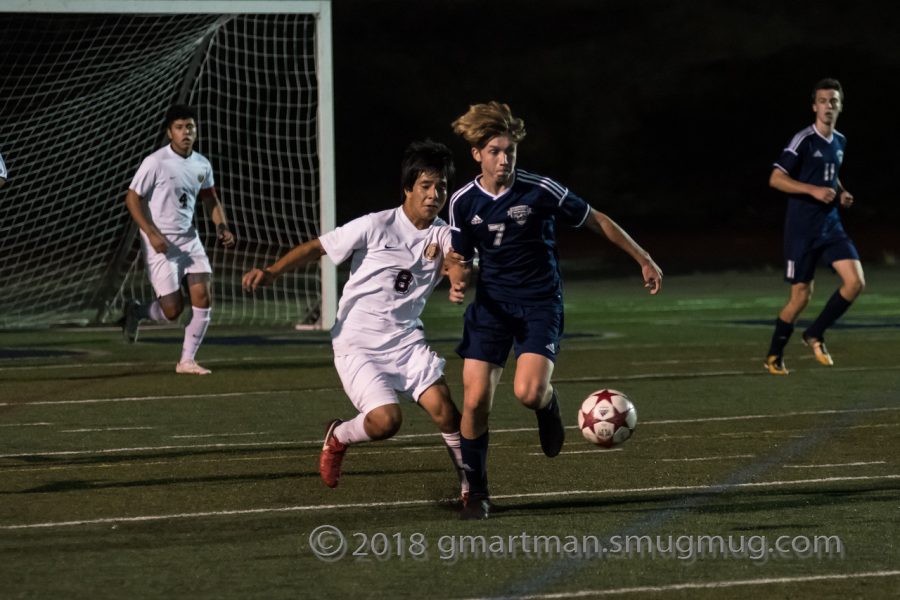 Senior Zach Gibson battling for the ball. Gibson said the team is looking froward to finishing the season strong.

On Monday night, the boys soccer team traveled to Parkrose to take on the Broncos. It was a tightly contested league matchup, since both teams were in the middle of the NWOC rankings heading into this game.

The game was tied 0-0 going into halftime after a close first half. The Wildcats came alive, though, and scored three times in the second half to win the game 3-0. According to senior Zach Gibson, getting this shutout was important for the team. He mentioned, “Going into this game, Parkrose was ranked above us, so getting this win is big.”

Now, the wildcats are ranked #15 by OSAA, while Parkrose has dropped to #23. Clearly, this  match had a lot of implications, and it gave the team a good chance to see where they’re at. For example, Gibson also stated that the Wildcats had plenty of other opportunities to score, and he had a few chances of his own as well.

The season is nearing its end, and the boys have the potential to do well in the postseason. Junior Elijah Powlison confirmed this, saying, “Our biggest goal this year is to go to the playoffs.”

The boys play again on Tuesday, at home against Putnam, who is ranked 13th overall. This will be an important match in deciding the NWOC rankings, as well as determining the postseason.