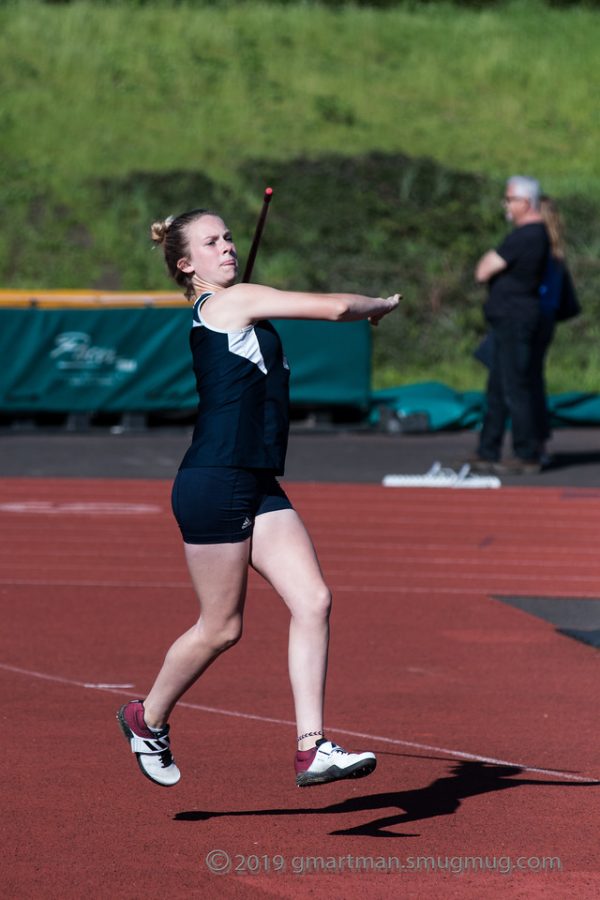 After going 7-0 in league competition this year, the Wilsonville Wildcats sent a group of athletes to St. Helens High School on Friday afternoon to compete at Novice Districts. In the last meet of the season, plenty of athletes gave it their all and reached their peak at the exact right time.

Senior Carson Postma had an exceptional meet, and he won the javelin. He also placed third in the discus and fourth in the shot put. Freshman Aiden Siler won the triple jump with a mark of 35’ 0.5”.

The girls had an impressive showing as well. Sophomore Bridget LaFreniere recorded a new PR in both the 100 and 200 meter races. In the 400 meter dash, sophomore Sydney Burns placed first with a new PR of 1:06.11. Burns also won the girls high jump with a height of 4’6”.

Wilsonville had three of the top four athletes in the girls 800 meter race, with sophomore Katrina Brisbois finishing first. Freshmen Esme’ Krause and Abbie Nelson placed third and fourth, respectively. Brisbois also placed third in the 1500 meters, and Krause finished fourth. In that race, junior Kiera Bertell got second with a time of 5:53.25. Bertell won the 3000 meter race as well.

In the 100 meter hurdles, sophomore Gabi Bean recorded a PR on her way to second place in the event. Bean also placed third in the 300 meter hurdles on Friday afternoon.

Wilsonville placed well in the girls javelin, and senior Teagan McNamee won the event, while freshman Dalton Mermis finished right behind her at second.

Novice Districts were a great chance for Wilsonville’s underclassmen to get a taste of a competitive meet. Lots of the younger athletes are looking to make their mark at varsity districts next season, and they definitely showed it in their efforts on Friday.

Up next is varsity districts at Rex Putnam on Thursday and Friday. The end of the season is almost here!