The Imaginary Invalid tickets are up for sale! 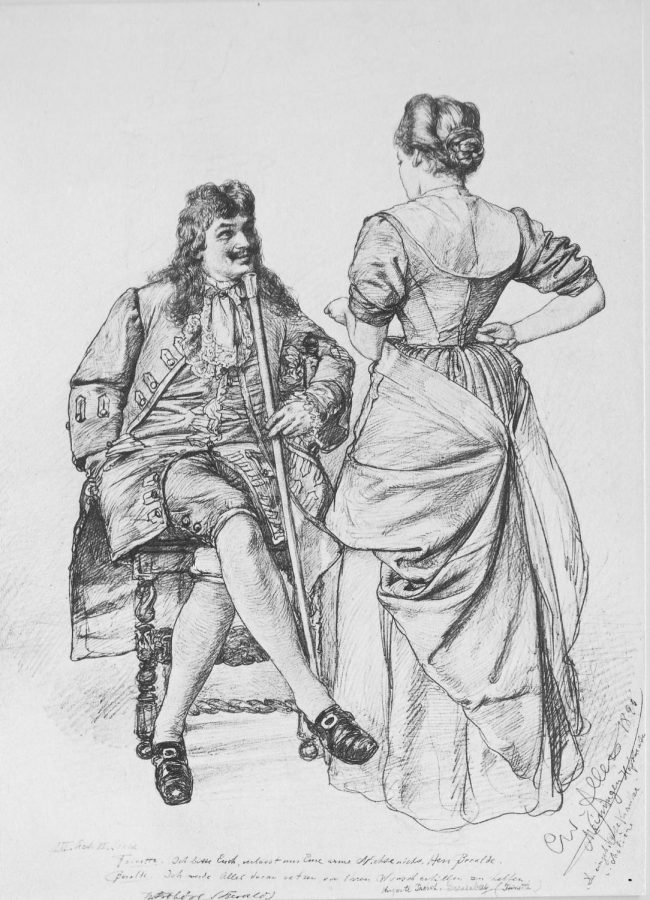 Artwork done with inspiration of the comedy-ballet The Imaginary Invalid.

After a stunning Cinderella Musical performance made by the Wilsonville High School theater department this past fall, ticket sales for our winter play The Imaginary Invalid are now open for sales.

The Imaginary Invalid is a comedy-ballet created by French playwright Molière and follows the storyline of a hypochondriac. Director John Fitzgerald actually got this play recommended by a student of his that read this play for a summer assignment, and now the rehearsals are in full swing. “I’ve really wanted to do a play from that time period but never found one that worked out for school,” Fitzgerald explains, “so this one worked out really really well.”

Junior Casey Young plays the lead for this winter play. He embodies the character named Ardin, a hypochondriac who is persistent about maintaining his health throughout the play. Young enjoys this play and feels as though it is a good fit, especially since he believes it is humorous and easily captivates the audience. In regard to the other characters that Young has played, he rates Ardin his second-most difficult. “This character isn’t like anything I’ve done before,” Young admits, “and has so many interesting elements that certainly make him complex.” After all of his practice of embodying Ardin, Young admits he enjoys playing a character who pretends to be sick.

The show will be opening on February 27th, 2020, and will run for the two weekends leading up to the 7th of March. If you would like to attend, tickets are already on sale online! Not only will you support the Wilsonville Drama Department, but you’ll also get a good laugh out of it too!