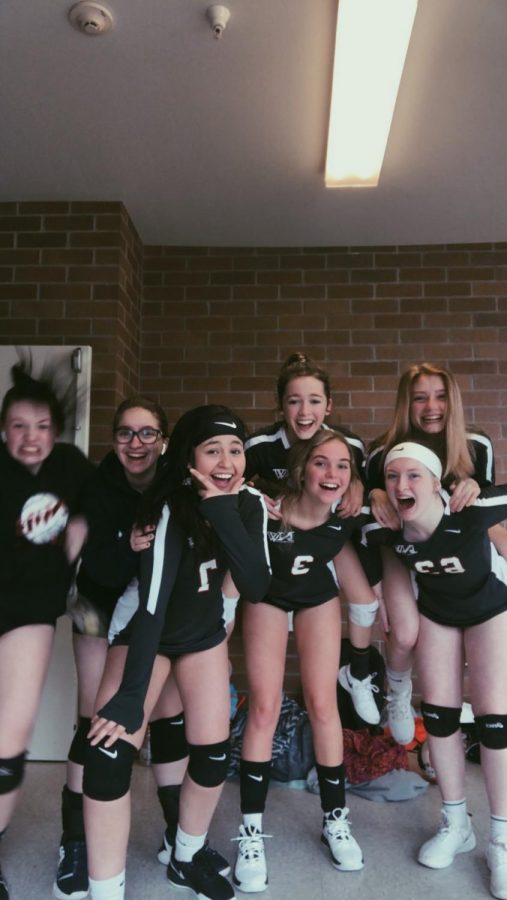 News is traveling around Wilsonville that there will indeed be a volleyball season this spring, though it will be modified. Varsity coach Nathan Blankenship has sent out many emails containing more information. It’s predicted that the high school season will start in February.

Pre-season open gyms will be interesting considering most players haven’t played indoor for at least 7 months aside from private training.

Many athletes worked on their skills outside this summer and some even played beach. This is a very different atmosphere as well as different rules compared to indoor.

Club volleyball is predicted to start in December per usual, but will be put on pause in February due to the high school season. Varsity middle, Tatum Lubisich, feels that having this pause will mess with the team dynamic. She really enjoys having a consecutive season. Lubisich cautiously awaits the upcoming high school season but says, “I’m nervous it won’t end up happening.”

Because of the coronavirus, there will be some changes made to both seasons. One of these will be the lack of spectators at games. At games the only people admitted will be the players, refs, and coaches. Players will also be required to wear masks indoors unless drinking water. Some high schools may opt to do outdoor workouts instead to avoid this.

Unfortunately, this upcoming season will contain no pre-season games or tournaments. Wilsonville is only allowed to play in their 5A league. State is still scheduled to happen later in the season. Again this will be without spectators until a vaccine is released.