The battle between the Ducks and the Beavers 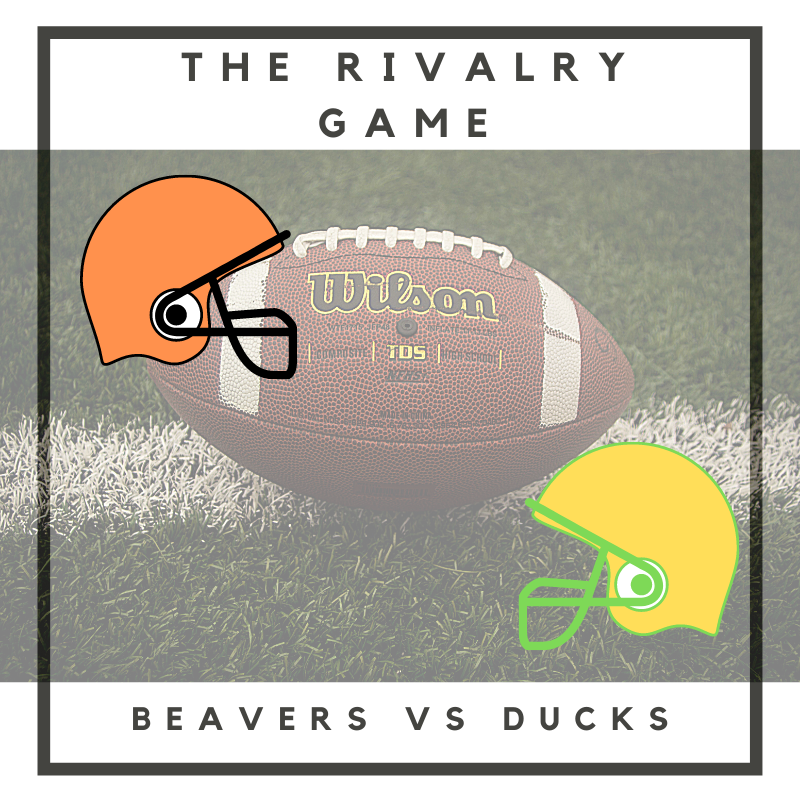 Oregon State wins this years rivalry game, 41-38. The rivalry between Oregon State and Oregon has gone on since 1984.

Tension was high in Reser Stadium last friday, when University of Oregon competed against Oregon State University. As the Ducks have won the previous 11 out of 12 games, Grace Mager-a senior at Wilsonville High School-and many were confident that they would yet again win. But 2020 has proven that you can not expect anything, as the Beavers took the victory, 41-38.

Oregon was steadily leading the game, even with an 82 yard touchdown by Jefferson in the first quarter. The Ducks led 24-13 at halftime and 31-19 entering the fourth quarter, but the last few minutes were game changing, as the Beavers took the lead with only seconds remaining.

Not only was the outcome shocking, but so was the stadium. With Covid-19 still being a major concern, no fans were allowed to cheer in person, forced to watch on screens. Grace Mager, has always supported the Ducks and would have looked into buying tickets if the stadium was open.

Mager was shocked with the outcome but admits, “I am not concerned for the season ahead, as we were missing players…I know the team will band together and get tighter than before.” Other duck fans are sharing similar hopes, but it’s safe to assume that the Beavers are just celebrating one victory at a time.