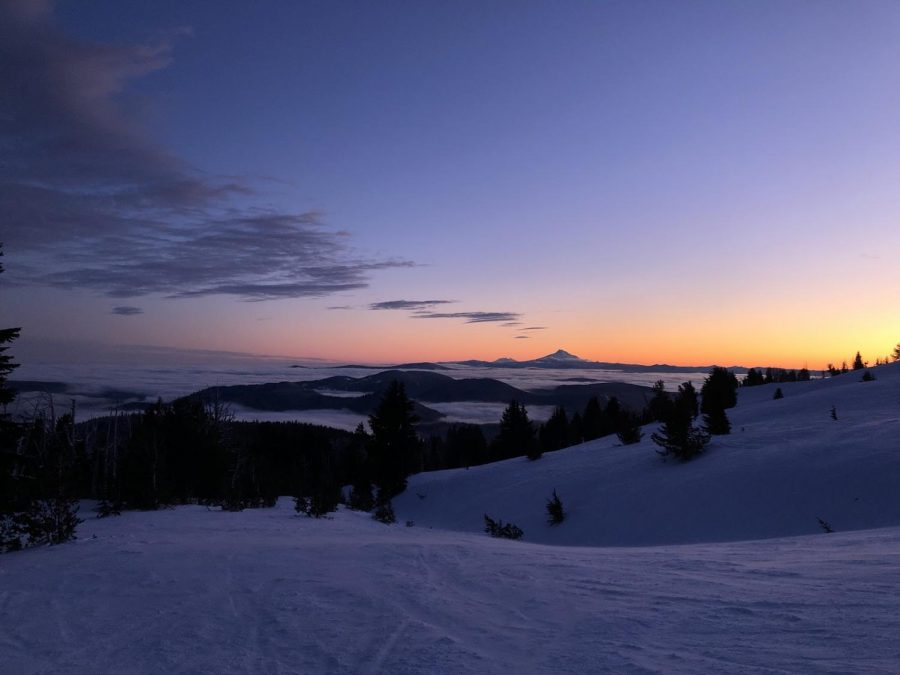 View from the top of Vista Express from Mt. Hood Meadows Ski resort.

As winter grows closer and snow begins to fall onto the mountain the annual debate returns once again. Is skiing or snowboarding better? Personally, I’ve grown up skiing, this year marks my tenth year getting a season pass at Mt. Hood Meadows resort.

Skiing artifacts have recently been found to be dated around 6000 B.C. But snowboarding didn’t arise until the invention of the skateboard. It took the world by surprise and drew a following of millions. Now, years after the snowboards invention, skiers and snowboarders still battle it out on the mountain debating which sport is better. There are many different forms of each sport, but let’s focus on the one everyone loves to watch: the X games and freestyle skiing/snowboarding.

Freestyle skiing takes a much different approach than snowboarding. Having two skis allows a skier’s creativity be the limit of their ability for tricks. Snowboards are forced to spin and do more flips to make up for this. On skis there are multiple different grabs and crosses you can utilize while skiing and doing tricks that you are unable to recreate with a snowboard. A skier is also able to go much faster than a snowboarder comfortably.

On the other hand I wanted to attempt to snowboard; I tested the sport for about a year and took lessons. One thing I felt was better on a snowboard was backcountry powder. It felt a lot like surfing on a wave of white. “Snowboarders are known for sitting in the middle of the run,” senior Jack Kimball states in response to the debate. But, in the end I believe skiing is much better and it deserves the crown of best winter sport.