Online attacks are a form of "cancel culture" 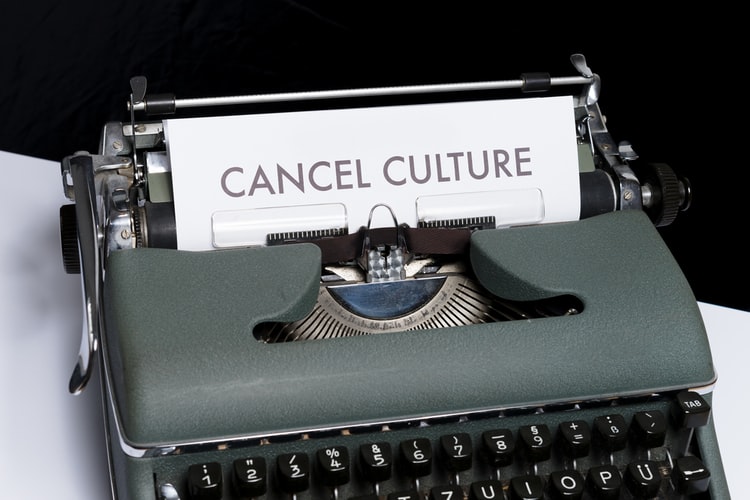 Online comments generate venomous attacks. Rather than promoting free speech, the internet seems to stifle it.

One click on a screen is starting to change many people’s lives. Videos being posted of words someone said while angry, a tweet that’s posted without the proper word usage, or just simple misinformation someone has on a subject leads to that person getting scrutinized and attacked online and even sometimes in person for what they say. This is cancel culture. Cancel culture is a modern wave of attacking a person verbally online, and sometimes even in person, for something they posted or said that others see as incorrect or offensive. This online culture is toxic to our society as a whole in many ways. This negative attack on people for sometimes simple mistakes leads to a wide variety of extreme consequences.

Cancel culture focuses on attacking a person who posts something online or says something in person that other people do not agree with. This process of being “cancelled” can have a severe negative impact on the person who is being “called out.” Cancel culture can criticise anyone for something they say, whether they have one hundred followers or one million followers. Often when a person is getting attacked, many negative comments are said about them but are justified by the fact that they were the original ones to “do something wrong.” Some of these comments include death threats and attacking people the person is friends with. This can diminish one’s mental health because it is constant negativity towards them that cannot be escaped. Sometimes cancel culture even flows into their “real world.” Online users threaten to find people’s homes, criticise them at their workplace or school, and put their friends against them. This isolates the person being “cancelled” which not only is toxic in itself, but makes the person less open to try to learn how to be “correct” when they feel they have been wronged.

The constant attack of individual people on social media creates a negative environment on those websites as a whole. This ends up affecting everyone who goes on those websites and often brings in negative thoughts such as anger, resentment, frustration, and sadness. This environment of cancel culture leads to there being a constant state of controversy online and creates unrealistic expectations on people that everything they say needs to be perfect. This often makes people feel nervous to post or share their opinion on a topic because they don’t want to make a mistake and get attacked for it. Cancel culture also makes people pick a side when it comes to a debate, the person being cancelled or the people cancelling the person. An occurrence of this division was in 2019 when two famous beauty YouTubers, Tati Westbrook and James Charles, got into a massive feud over social media. This led to people picking which side they were on, and the opposing sides did not like one another. This black and white mindset creates a divide between individuals, where both sides often have the extreme idea that they are completely correct and the other side is completely wrong.

Many people do argue that the goal of cancel culture is not to attack someone, but to hold them accountable for their actions and to help them learn. Although, that is not often the result of cancel culture. Private conversations are often less aggressive and more beneficial when it comes to helping someone learn. This is because when constructive criticism is posted publicly, anyone can make a comment on what they said and say almost anything they want. The constant stream of negativity towards one person can make them less open to learning and more defensive since they feel that they are being attacked. This constant cycle makes it so that the full extent of cancel culture becomes focused more on diminishing a person for their mistakes rather than helping them learn.

Human nature also plays a part as to why cancel culture is toxic. People grow over time and learn more, and often mistakes from the past are still present on social media, and some people get attacked for comments they said 10 years in the past. This mindset of criticizing comments from years in the past implies that they believe the person has not grown, even if everything new they have said does not agree with that past comment. Many celebrities do end up saying something controversial, get criticized, and then they choose to apologize. Although, in the current years, many apologies are being scrutinized on whether they were “good enough” or if the person “actually apologized” rather than accepting the apology for being an apology. This leads to the idea that cancel culture is less about education and growth, and more about accusation.

Cancel culture is a new wave that has only been growing over the years, and it is not beneficial to our society. This ideology makes people afraid to share their opinion and speak out. It also can make people afraid to ask a question to be educated on a subject, because they feel like they should have already known the answer. This constant fear, worry, and criticism create a divide between people. Cancel culture also diminishes the beneficial attempts to educate people by creating a “black and white” mindset when it comes to issues. This culture will lead to a further divide of people and create unhealthy standards for people to live up to, which ultimately is toxic. The result of eliminating cancel culture would lead to a more unified, educated society, where people were able to learn and grow from their mistakes, rather than be constantly reminded and criticized for a single mistake.