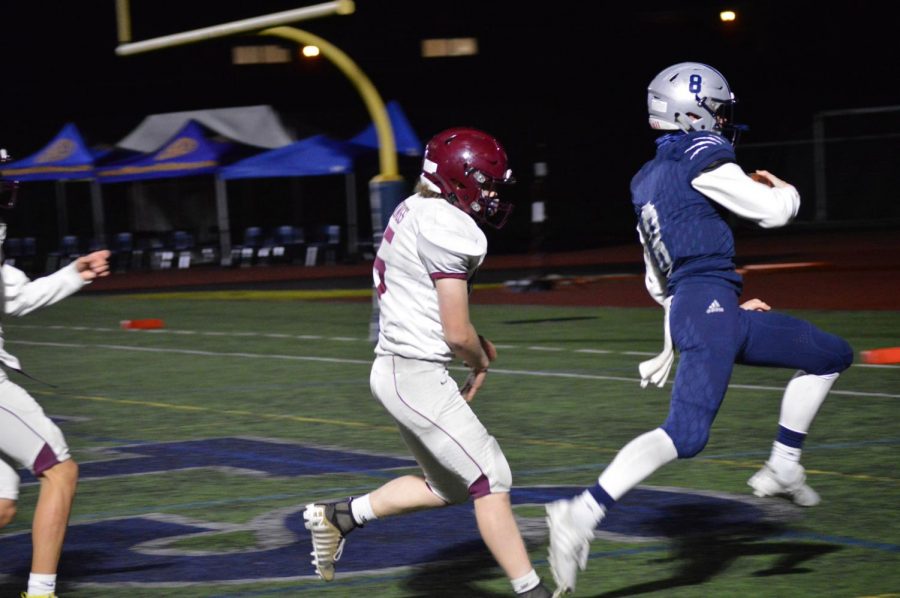 Quarterback Jayce Knapp prances into the endzone for his second todown of the night. The Wildcats win 59-22.

Almost immediately after, the Wildcats answered by scoring three quick touchdowns, one of which was a scoop and score off a kickoff by senior Shane Tacla. Quarterback Jayce Knapp also showed off his scoring abilities with two running touchdowns during the game.

In the second half, Wildcats were able to play some of their JV starters, two of which (Jay Rummell-West and Brennen Martin) scored two different touchdowns!

The Wildcats win this game 59-22, improving their record to 3-0 and look to play David Douglas at home next Friday night.