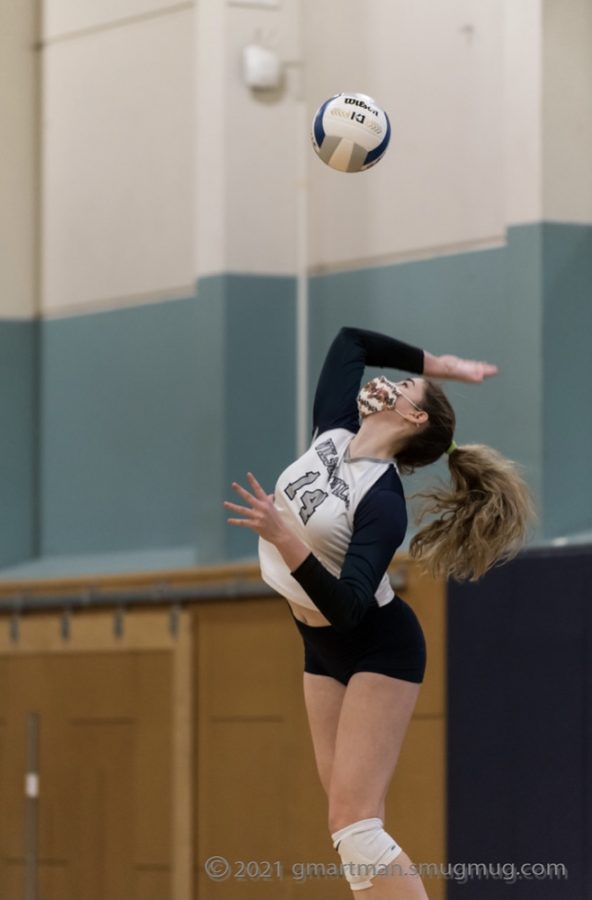 Senior Clarissa Klein gains the point with a kill. The Wildcats stay undefeated after beating Parkrose in a three set match.

The Wildcats remain undefeated after this three set match win against the Parkrose Broncos whose record now is 4-4. The Wildcats started the first set off strong, ultimately winning the set 25-9, keeping the lead throughout the entire set.

The second set remained strong as the Wildcats took a large lead early on. Wilsonville was able to make several aces and kills, winning the set 25-11.

Set three started off much differently as Parkrose took a large lead early on. However, the Wildcats were able to regain momentum tying the game at 7-7. They quickly were able to expand their lead and ended up winning the third set 25-14.

The Wildcats next play at St. Helens on Thursday, April 1st where they hope to keep their winning streak alive.